Folks have been running Ubuntu, Fedora, and other GNU/Linux operating systems on devices like the MK802 mini PC for well over a year. While the Allwinner A10 processor that powers those devices isn’t the most powerful ARM-based chip around (not by a long shot), it’s inexpensive and provides enough power for basic tasks such as web browsing or editing documents.

In other words, you can pick up a tiny device for under $40, plug it into your monitor, keyboard, and mouse and use it like a computer. Or you could just run the Android software that comes with the devices. 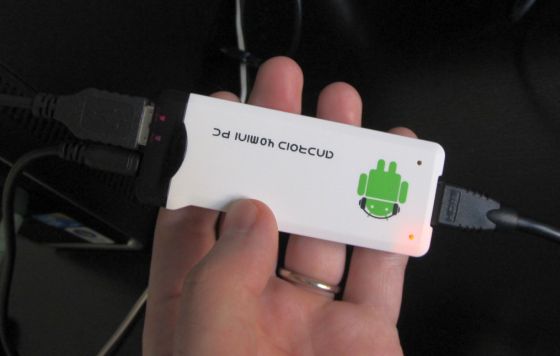 At this point, the project is still very much a work in progress, but the team has released some code as a proof-of-concept, along with a video showing HD video playback in action.

While the team has managed to play a 1080p H.264 video, they haven’t managed to resize the video windows to fit on a lower resolution display, which is why you can only see part of the action in the demo video.

Of course, by the time we see full support for HD video and 3D graphics, the Allwinner A10 will look even more outdated. It’s a 1 GHz, single-core ARM Cortex-A8 processor with ARM Mali-400 graphics.

But if you’re more interested in using and supporting free software than in using the latest hardware, this is all pretty big news. It’s also good news for bargain hunters. Since the MK802 isn’t exactly state-of-the-art technology, it sells for about half the price this year as it did when it launched last year — and it was already pretty cheap way back then.

And the MK802 is just one of many mini PCs, tablets, and other devices powered by the Allwinner A10 chip.