Krita is a free and open source application designed for digital painting, 2D animation, and image editing. Originally designed for Linux, Krita has also been available for Windows since 2014. And now the developers have released the first public beta of Krita for Android and Chrome OS. 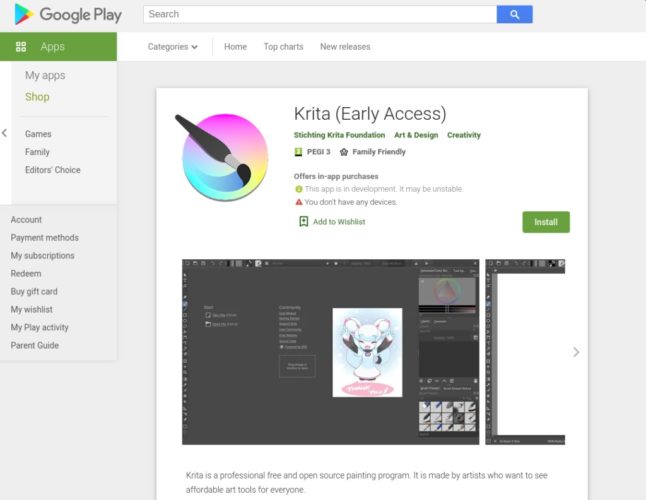 The app is available from the Google Play Store, but you’ll need to visit the Early Access section to find it, and only Android tablets and Chromebooks are supported — not Android phones. Given that the app’s user interface is clearly designed for larger screens, that seems like a pretty reasonable restriction.

While Krita for Windows is available either as a free download from Krita’s website or as a $10 purchase from Steam or the Microsoft Store, the Google Play Store version of the app is entirely free, since the only way to install Krita on an Android device at this point is to go through the Play Store. You can buy a “supported badge” through an in-app purchase if you want to contribute to the project though.