Amazon may not make eReaders with screens larger than 7 inches, but a handful of other companies continue to do so – they just tend to be expensive, especially when they also pack features like pen support and lights with adjustable color temperature.

The latest examples? Onyx has two new eReaders with large E Ink displays, and neither is what you’d call cheap. The Onyx BOOX Note Air is a 10.3 inch model with a list price of $480, while the Onyx BOOX Max Lumi is a 13.3 inch model priced at $880.

Both are on sale for $20 off during a launch promotion if that helps. The new eReaders are up for pre-order through the Onyx BOOX Store, and should be available at the company’s Amazon and AliExpress stores soon as well. 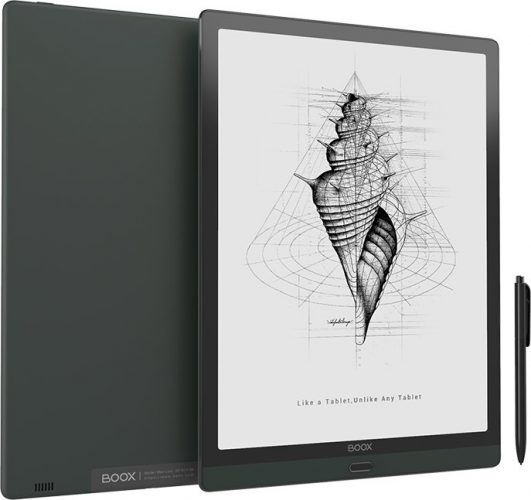 The Onyx BOOX Max Lumi is more like a tablet with an ePaper display than a device for simply reading eBooks. It features a 13.3 inch, 2200 x 1650 pixel E Ink Carta display with 207 pixels per inch, a Qualcomm Snapdragon 636 processor, 4GB of LPDDR4X memory, 64GB of UFS 2.1 storage, and an Android 10-based operating system.

In addition to running the pre-loaded apps for reading eBooks or taking notes, that means you can also install third-party Android apps either through the BOOX Store or by sideloading.

Other features include a Wacom digitizer that lets you use an active pen with 4096 levels of pressure sensitivity, dual-band WiFi, Bluetooth 5.0, stereo speakers, a USB-C OTG support, a micro HDMI port, and a 4,300 mAh battery.

Onyx says the BOOX Max Lumi gets up to 6 weeks of battery life in standby mode, but it’s hard to gauge how much real-world battery life you’ll get from a device like this. E Ink displays are notoriously energy efficient since they only use power when the image on the screen is refreshed, resulting in eReaders often having battery life that’s measured in weeks rather than hours. But if you decide to run apps and games that require high refresh rates, then the battery will drain much more quickly.

The 10.3 inch Onyx BOOX Note Air is a smaller and cheaper option that still gives you a lot of features you won’t find from any Kindle or Nook device. 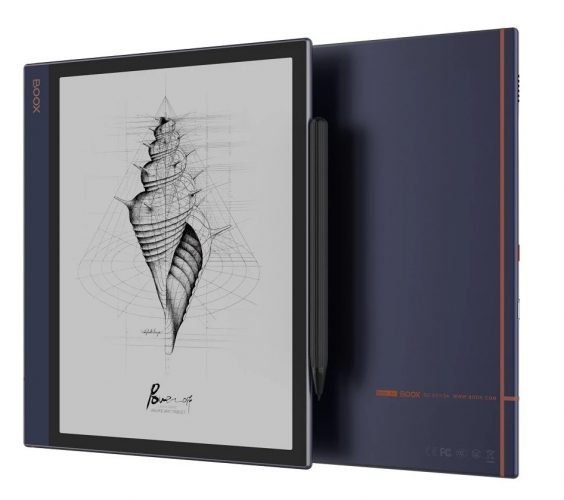 Like the larger model, this device has an 8-core processor, support for a pressure-sensitive pen, and a USB-C port. But there’s no HDMI port, there’s only a mono speaker, and Onyx only promises up to 4 weeks of standby time from the Note Air’s 3,000 mAh battery. It’s also unclear if this model has a Wacom digitizer or if it uses different technology.

Measuring 229.4 x 195.4 x 5.8mm and weighing 420 grams (15 ounces), this model is a bit more compact, which could make it easier to hold in your hands. It’s also compatible with an optional Bluetooth keyboard accessory.