The lines between eBook readers and tablets have been getting blurrier in recent years, with many models featuring Android or Linux-based software, touchscreen displays, pen support, and WiFi and Bluetooth connectivity.

Recently the lines have gotten even blurrier with the addition of cameras on models like the Bigme InkNote Color and the new Onyx BOOX Tab Ultra, which is now available for pre-order from Amazon or the Onyx BOOX Shop. 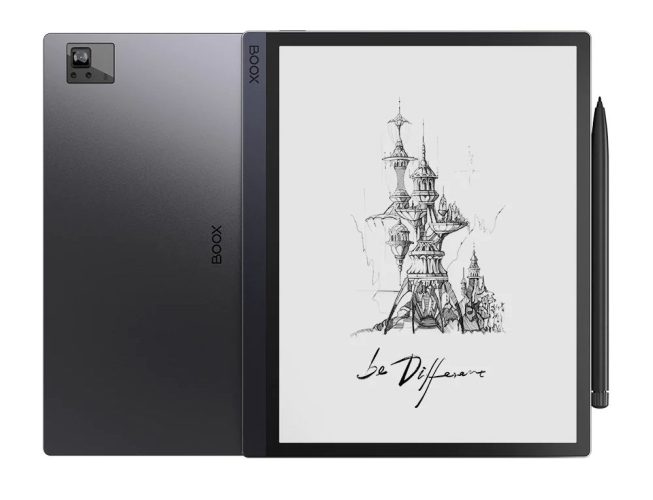 The Onyx BOOX Tab Ultra has the kind of features you’d expect from a tablet including an Android 11-based operating system, 4GB of LPDDR4x RAM, 128GB of UFS 2.1 storage, a 16MP rear camera, and a G-sensor for automatic screen rotation. It’s powered by an Qualcomm octa-core processor.

But this device has the kind of display more commonly found on an eBook reader than an Android tablet. It’s a 10.3 inch, 1872 x 1404 pixel grayscale E Ink Carta display with no support for color and a relatively slow refresh rate that makes the Onyx BOOX Ultra a poor fit for watching videos, playing games, or running other apps that make use of motion and animation. 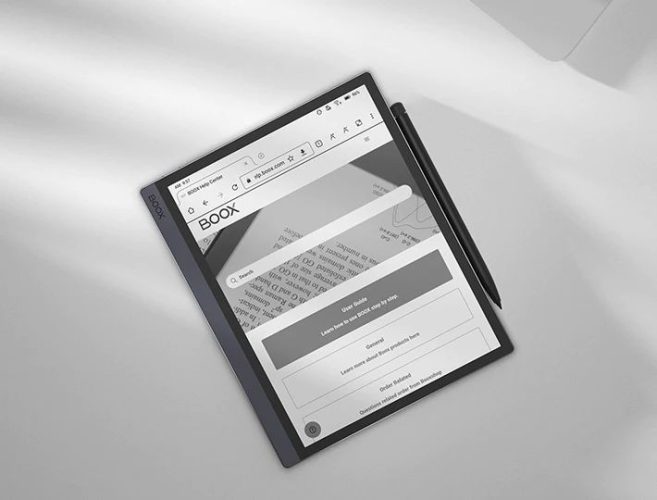 The display also has a front-light with support for adjustable color temperature, allowing you to reduce the amount of blue light at night time, for instance. 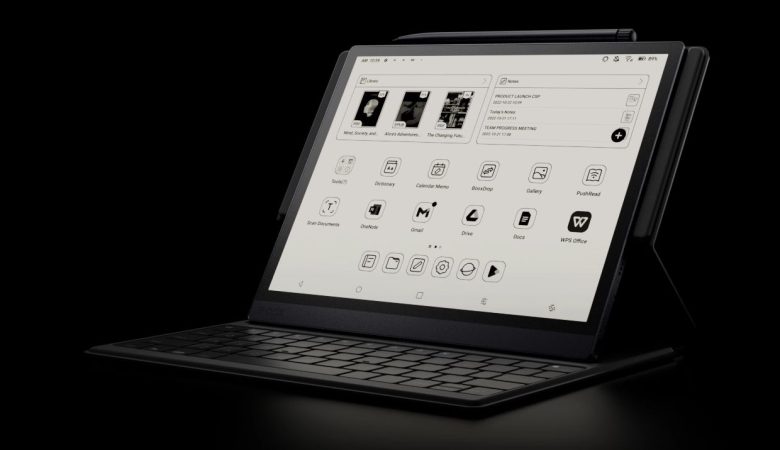 Optional accessories include a magnetic case that also serves as a kickstand, and a keyboard case. The digital pen ships standard with the tablet, and Onyx also includes spare pen tips, a stylus case, and a tote bag.

While that makes the Tab Ultra rather expensive for a device with mid-range specs, it’s probably one of the more powerful E Ink slates around. Onyx doesn’t name the processor used in the tablet, but according to AnandTech, it’s a Qualcomm Snapdragon 662 processor, which is a few years old at this point, but more powerful than the sort of chips typically found in eReaders.

Other features include a microSD card reader, a USB Type-C OTG port, a fingerprint reader in the power button, stereo speakers, dual microphones, and a 6,300 mAh battery.

There’s no headphone jack, but you can use Bluetooth audio devices or plug in wired headphones using a USB-C adapter. The Onyx BOOX Tab Ultra supports dual-band WiFi and Bluetooth 5.0.

The Onyx BOOX Tab Ultra is up for pre-order for $600 and up, and it’s expected to begin shipping in mid-November.