The new Onyx BOOX Poke4 Lite  is an eBook reader with a 6 inch E Ink touchscreen display, a front light with adjustable color temperature, a quad-core processor, 2GB of RAM and 16GB of built-in storage. It’s powered by Android 11 software with a custom user interface designed for Onyx BOOX eReaders.

We first heard about this model last month when it launched in China as the Onyx BOOX Poke4s, but now the Poke4 Lite is available worldwide for $150. 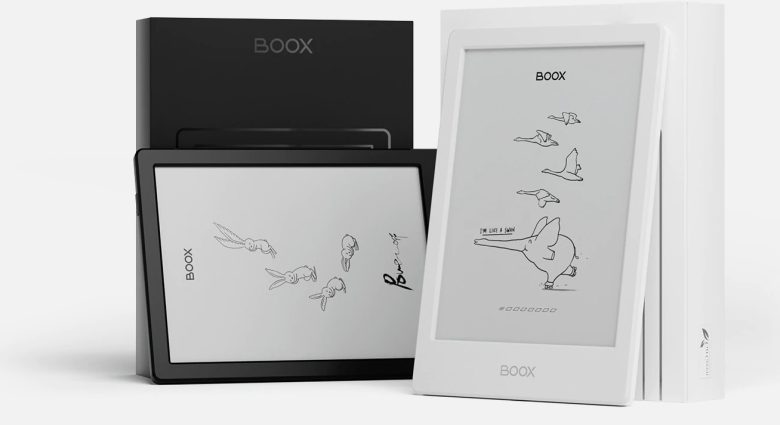 At that price, the Poke4 Lite is more expensive than an entry-level Amazon Kindle or Kindle Paperwhite, but it’s arguably a more versatile device thanks to its Android-based software – although running Android apps on devices with E Ink display can be a bit frustrating at times.

In addition to support for most common eBook formats, the eReader has native support for WAV and MP3 audio, allowing you to use it to play audiobooks or music (when using a Bluetooth audio device). And while there’s no SD card reader, Onyx notes that the USB-C port supports flash drives up to 256GB, although I imagine that’s more likely to be used for transferring files to and from the device than as a way to augment the internal storage. Holding an eReader with a flash drive sticking out just doesn’t seem like it would be much fun.

Interestingly, Onyx appears to be giving the Onyx BOOX Poke4 Lite a global launch before introducing a global version of its big sibling, the Onyx BOOX Poke4. That model has mostly similar specs, but features a 300 dpi display with edge-to-edge glass that sits flush with the front of the device, 32GB of storage, and a slightly slimmer design, at 6.8mm (0.27″).

There’s no word on when that model will go global or how much it will cost, but it sells for about $35 – $40 more than the Lite model in China.