The Onyx BOOX Max Lumi2 is a 13.3 inch tablet with the guts of a mid-range smartphone, including a Qualcomm Snapdragon 662 processor, 6GB of RAM, and 128GB of storage. It runs Android 11 software and comes with a pressure-sensitive pen for writing or drawing on the screen.

But unlike most phones, the Onyx BOOX Max Lumi2 has an E Ink Carta display, making it something of a cross between a tablet and an eReader. It’s also a lot more expensive than a mid-range phone – the Lumi 2 goes up for pre-order October 27th for $880. 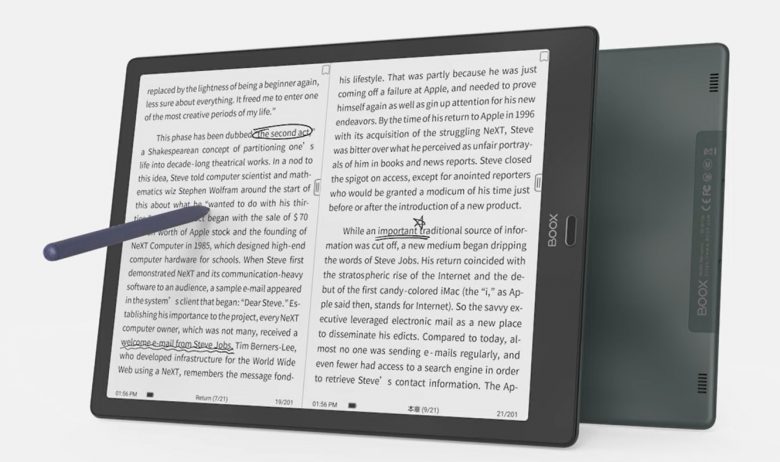 That makes the Lumi 2 one of the most expensive E Ink tablets to date… although as the name suggests, this is actually a second-generation device, and last year’s BOOX Max Lumi also sold for $880 at launch (you can currently pick one up for around $820).

This year’s model has the same 2200 x 1650 pixel E Ink Carta display and 4,300 mAh battery as its predecessor, but it has 50% more memory and twice as much storage plus a more powerful processor (last year’s version was powered by a Snapdragon 636 chip).

Onyx says it’s also upgraded its digital pens. The new BOOX Pen Plus has a thicker nib, while the new BOOX Pen2 Pro has an updated design with an integrated eraser function.

The company is also updating some of its smaller models. An upgraded 10.3 inch Onyx BOOX Note Air2 with 4GB of RAM, 64GB of storage, and stronger magnets for holding the pen in place  goes up for pre-order October 27th for $500, while the new Onyx BOOX Note5 with a 10.3 inch display, fingerprint reader, and stereo speakers goes up for pre-order at the same time for $570. 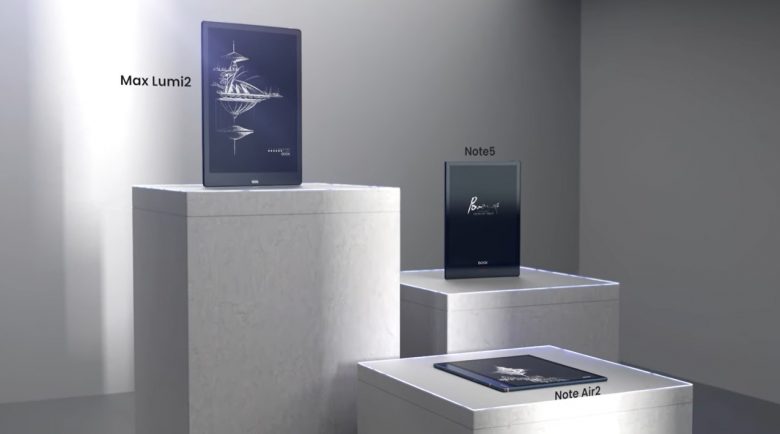