Onyx is one of only a handful of companies making devices with E Ink screens larger than 7 inches, and the company is bringing two new models to market next month.

The Onyx Boox Note features a 10.3 inch E Ink display, a quad-core processor, and a pressure-sensitive digital pen, while the Onyx Boox Max 2 is a 13.3 inch model that has a few extra features including an HDMI input that lets you use the device as a second screen for a notebook or desktop computer.

Onyx says both models should ship in mid-February, with the Note selling for $550 and the Max 2 going for $800. 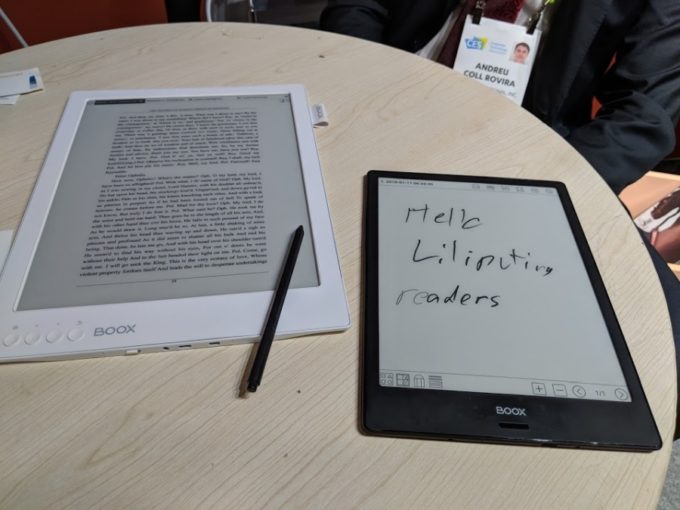 While you could buy an awful lot of Kindles for that kind of money, these Boox devices aren’t just meant for reading eBooks. I mean, they can do that: they support 11 different file formats and have have sharp displays that do a good job of showing text or images. Onyx is showing off comic books as well as text-only titles on the eReaders.

But here’s something you can’t do on a Kindle: jot notes or annotate an eBook. Both of these devices come with a Wacom pen for writing or drawing. It supports 2048 levels of pressure sensitivity and there wasn’t much lag when I used it to scribble a few notes. You can also use your fingers to navigate the touchscreen user interface.

Onyx also includes a few software features that lets you do things like open a two-panel view so you can take notes in one window while keeping an eBook open in the other. Save the note and when you return to that part of the book in the future you’ll see an icon at the top of the screen to let you know you’ve got a note associated with that passage. 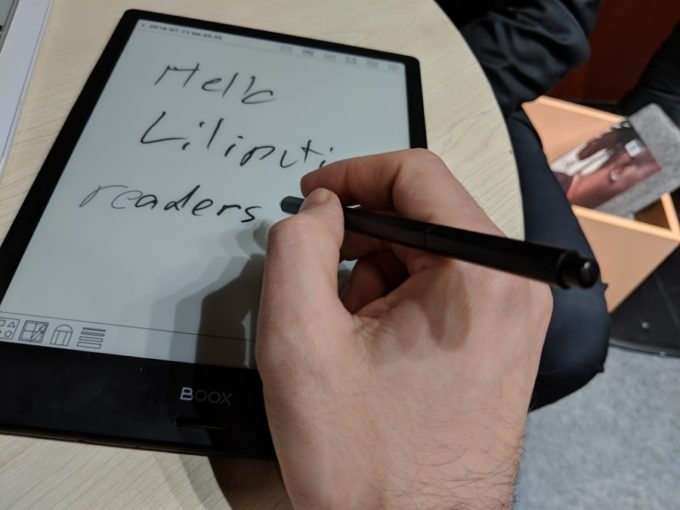 It has a 4,1000 mAh battery, WiFi, Bluetooth, and the device runs Android 6.0 software. While you’re probably not going to want to watch videos or play action games on an E Ink display, you can install normal Android APK files and use them on the Onyx Boox Note… so you could always add the Kindle or Nook app, among others. There’s also a web browser built in. 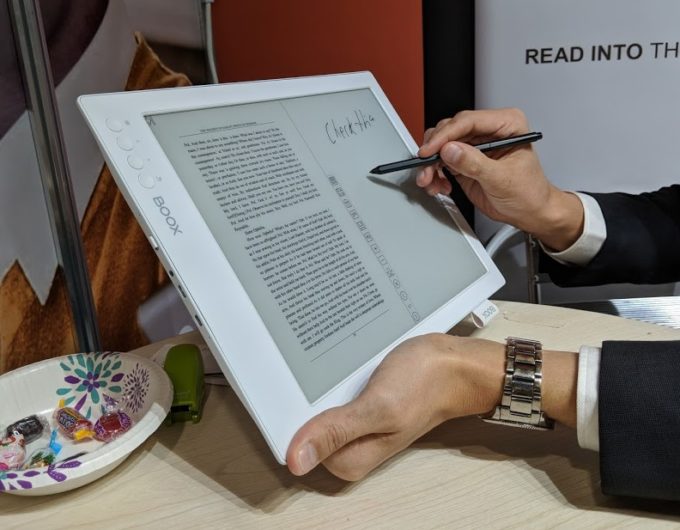 Onyx uses the same basic specs for the larger model: it has the same processor, memory, battery, storage, wireless features, and operating system. But the Onyx Boox Max 2 has a micro USB 2.0 port instead of Type-C, and it also has that aforementioned micro HDMI input. There’s also a headset jack on this model and a speaker on the back.

Both new Boox devices should be available soon from Amazon.