In other words, it’s similar in a lot of ways to the first-gen Onyx BOOX Leaf that launched earlier this year. But the new model has a different processor, newer software, and physical page turn buttons. And with a $200 price tag, it’s actually cheaper than the older model, which sold for $250. 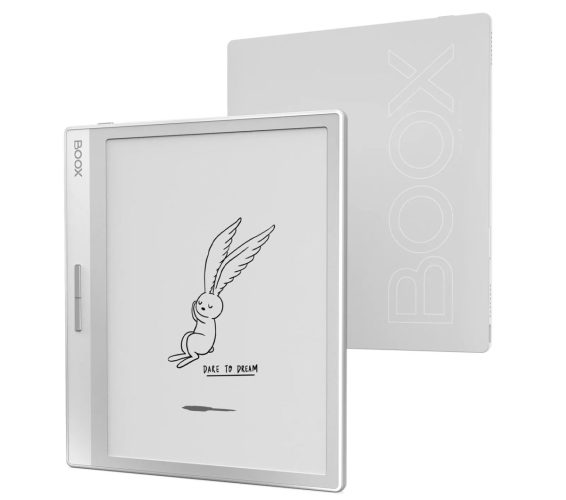 The Leaf2 is powered by an unspecified Qualcomm quad-core processor and ships with Android 11 pre-installed. While this device is meant first and foremost for reading eBooks (it doesn’t have a pen for writing or drawing like some of the other members of the Onyx BOOX lineup), it supports third-party Android apps as well as apps for reading eBooks and other documents.

You can also use the Leaf2 to listen to audiobooks or music using the built-in stereo speakers or wired or wireless headphones – the eReader supports Bluetooth 5.0 and dual-band WiFi. And while it doesn’t have a headphone jack, you can plug a headphone adapter into the USB Type-C port.

Other features include a 2,000 mAh battery, a built-in mic, a microSD card reader, and sensor that enables automatic screen rotation. 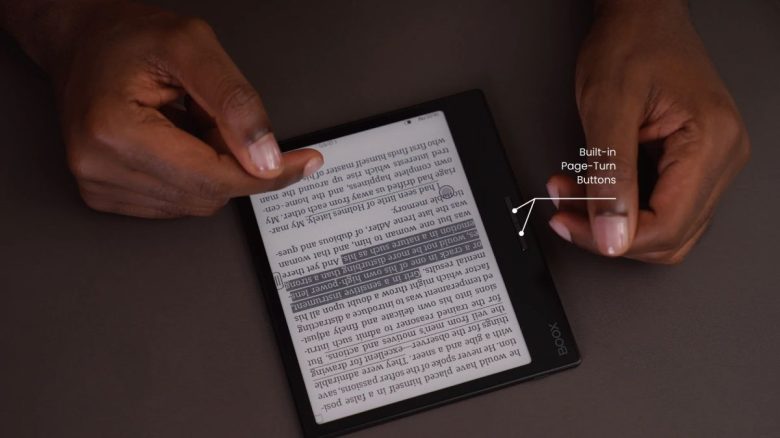 While the original Onyx BOOX Leaf lacked physical page turn buttons, it was designed to work with a magnetic case that had buttons. But the new model has its buttons built into the side bezel, which means that you don’t need to buy a case to use them (although Onyx does include a case as a free accessory.

The Onyx BOOX Leaf2 is available for purchase from the BOOX Shop for $200.