The ONEXPLAYER Mini is a handheld gaming PC with an Intel Core i7-1195G7 processor, 16GB of RAM and at least 512GB of storage. With a 7 inch, 1920 x 1200 pixel touchscreen IPS LCD display surrounded by game controllers, it’s basically a Windows-powered alternative to a Nintendo Switch.

It’s also the smaller sibling of the original ONEXPLAYER, which has similar specs but a larger 8.4 inch display. First announced in November, the ONEXPLAYER Mini is now available for purchase from the ONEXPLAYER Store. 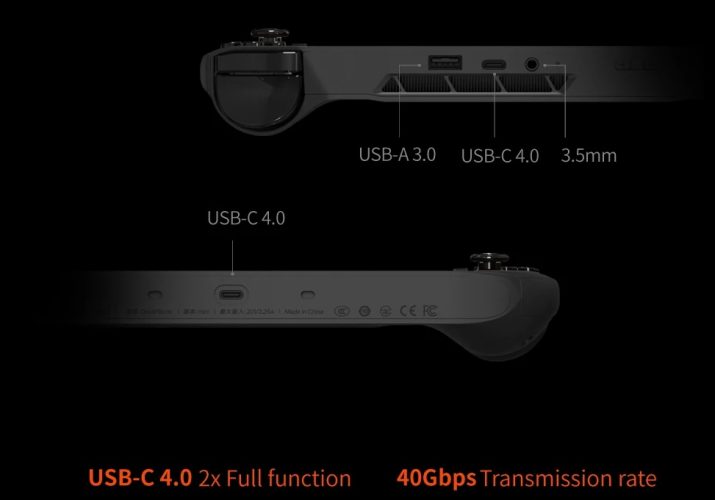 One Netbook says you should expect up to 8 hours of video playback time from the 10,455 mAh battery, but expect that figure to go way down if you’re

Optional accessories include a carrying case (which is included for folks who order during the 1-day launch promotion), and a foldable keyboard. An official docking station is also in the works.

Keep in mind that even folks who do get in on the launch promotion will end up with a device that costs substantially more than a Valve Steam Deck despite having less graphics processing power.  And while One Netbook may have more of a track record of delivering first-party hardware than Valve, it’s also a relatively small Chinese company that doesn’t typically offer the same level of support and service to customers in the west as you might find from companies with a larger presence outside of China. So proceed with caution before placing an order.

That said, The ONEXPLAYER Mini does ship with Windows 11 rather than a custom Linux distribution like the Steam Deck. It has a higher-resolution display (for better or worse). And it’s available with up to 2TB of storage.

And when I got a chance to review the original 8.4 inch ONEXPLAYER handheld gaming PC, I was quite impressed with the build quality and performance, and the ONEXPLAYER Mini’s hardware is nearly identical in most respects. So there are probably worse ways to spend $1039 or more… assuming that’s the kind of money you’re willing to spend on a handheld gaming device in the first place.

Here’s a run-down on the list price/launch promotion prices for the ONEXPLAYER Mini and accessories: