Unlike most other handheld gaming systems with x86 chips, it also has detachable game controllers which can slide onto the sides when you want them and slide off when you want to use them wirelessly or just use the ONEXPLAYER 2 as a tablet. First unveiled in November, the ONEXPLAYER is now up for pre-order through an Indiegogo crowdfunding campaign, and it’s expected to begin shipping to backers in February, 2023. 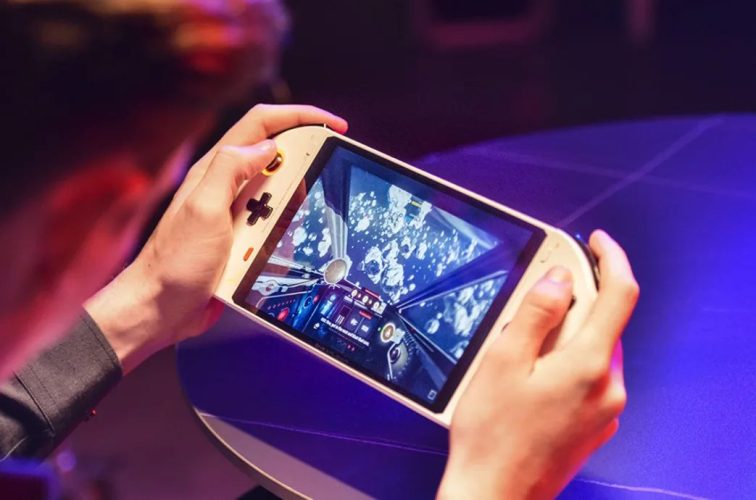 Early bird prices start at $899 during crowdfunding for an entry-level configuration with 16GB of RAM and 512GB of storage.

While the ONEXPLAYER 2 is one of the pricier handhelds around (and it’ll get even more expensive after crowdfunding ends), it’s also one of the more powerful, versatile options. 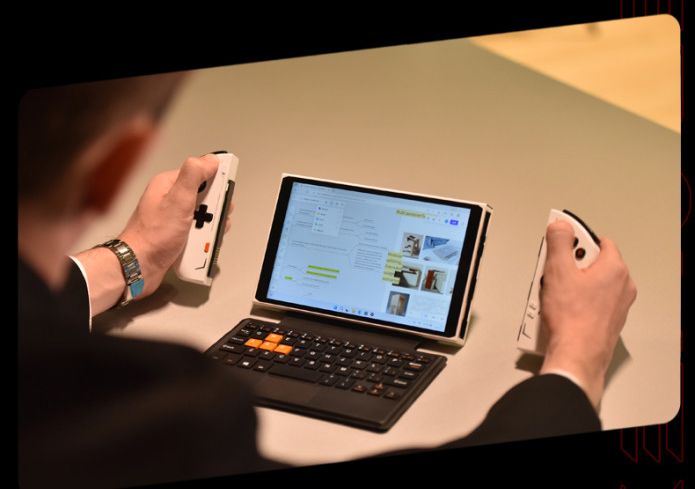 It has a big, high-res display. It has a 65.5 Wh battery that the company says is good for 3+ hours of gaming time or around 6 hours of video playback. And it has a 100W power adapter for fast charging. One Netbook says you can get a 50% charge by plugging in the handheld for 40 minutes. 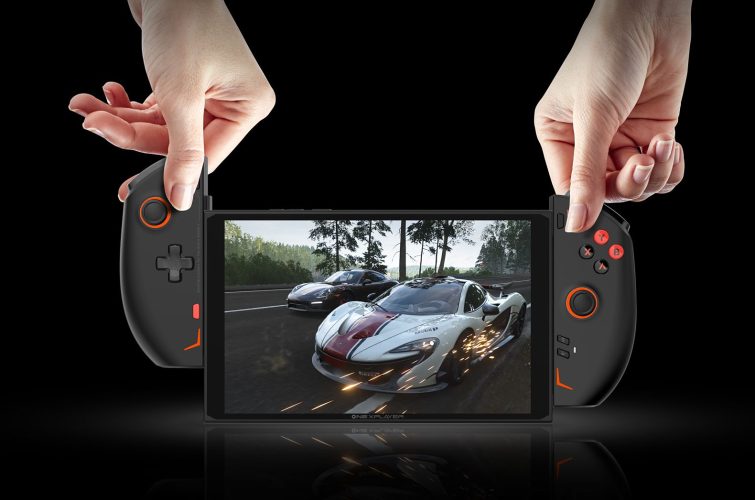 One Netbook says the analog sticks feature hall sensors, the shoulder buttons feature 8.1mm travel, and there’ a 6-axis sensor for motion controls.

The detachable controllers are what really sets the ONEXPLAYER 2 apart from other recent handheld gaming PCs. But it’s worth keeping in mind that while they look like they’d work the same way as the Nintendo Switch Joy-Con controllers, One Netbook’s controllers do not use Bluetooth by default, and don’t have their own batteries. So when they’re connected to the sides of the tablet, they work as game controllers. But if you want to detach them and use them without wires, you’ll need an optional “handheld connector” accessory. Available as a $29 add-on during crowdfunding, it’s a triangle-shaped gadget that sits between the two controllers, effectively turning them into one wireless controller that can be used with the handheld or other devices. 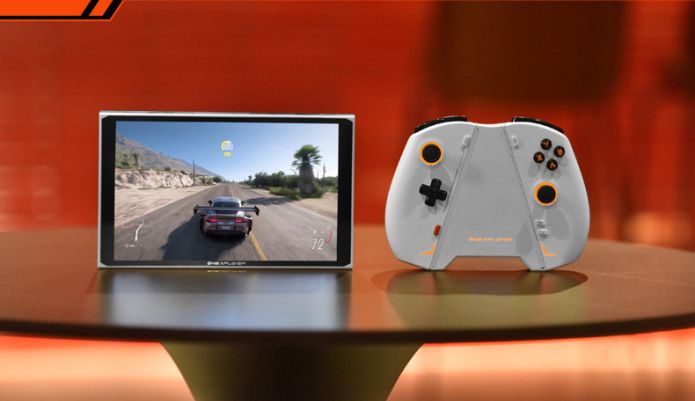 The ONEXPLAYER 2 has a built-in kickstand that you can use to stand it up on a desk or table, and it can be used with an optional keyboard that connects to the bottom.

Thanks to a 40 Gbps USB4 port, you can connect the ONEXPLAYER 2 to an external GPU, high-res display, or other accessories while using the controllers in wired or wireless mode.

Or you can pick up the ONEXPLAYER 2 and use it for writing, drawing, or other forms of stylus input thanks to support for an optional digital pen with 4096 levels of pressure sensitivity.

And here’s the breakdown of pricing and configuration options available during (and after) crowdfunding:

One Netbook had previously suggested that it will also offer ONEXPLAYER 2 models with 13th-gen Intel Core mobile processor options. But since Intel hasn’t announced those chips yet, it’s unsurprising that the company is launching its AMD Ryzen-powered models first. 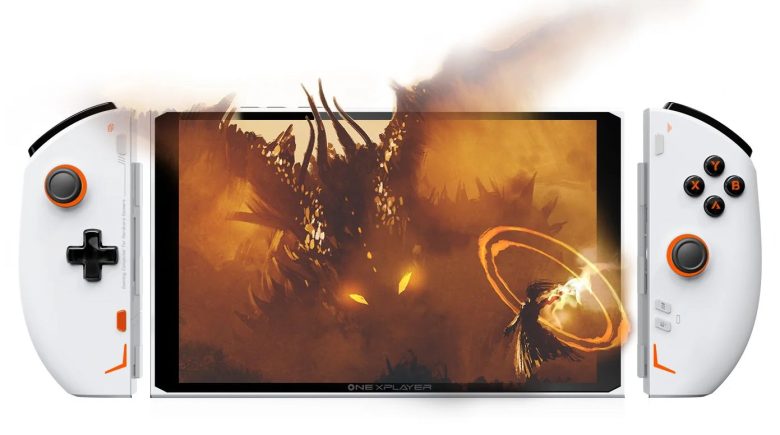 There are a few things to keep in mind before pulling out your wallet though.

First, the company doesn’t expect to begin shipping the ONEXPLAYER 2 until February, 2023.

Second, this isn’t the only game in town – there are a growing number of handheld gaming  PCs on the market. A few hours after the ONEXPLAYER 2 crowdfunding campaign went live, rival GPD launched a crowdfunding campaign for the GPD Win 4 which has similar specs, but a more compact design with a smaller display and a QWERTY keyboard which is revealed when you slide the screen upward.

Other competitors come from companies including AYA, which has spent much of this year promising to deliver new models and AYN, which has some of its own x86-powered handhelds on the way. And of course the elephant in the room is Valve’s Steam Deck, which is less powerful but also much less expensive, with prices starting at just $399.

And then there’s the question of customer service and support – most of the companies playing in this space these days are relatively small  Chinese companies that offer little to no reliable support to overseas customers. The good news is that they have a tendency to push the envelope on what’s possible in these compact form factors. The bad news is that customers who run into hardware and software issues regularly complain that they have difficulty getting support or processing returns. So I’d honestly proceed with caution if spending money on anything handheld gaming PC with an x86 processor other than the Steam Deck right now… but if you’re waiting for a more powerful Steam Deck, you may have to wait a while. And that might make devices like the ONEXPLAYER 2 a little more attractive in spite of the risks.