The latest budget phone from OnePlus packs a few semi-premium features including a display with a 90 Hz refresh rate and support for 33W fast charging. But the OnePlus Nord N300 5G will have a starting price of $228 when it goes on sale as a T-Mobile exclusive starting November 23rd… and it has some specs to match that budget price.

For example, while the display may have a high screen refresh rate, it’s described as a 6.56 inch HD+ display rather than FHD+. And the phone is powered by a MediaTek Dimensity 810 processor, which is designed for mid-range phones rather than flagships. 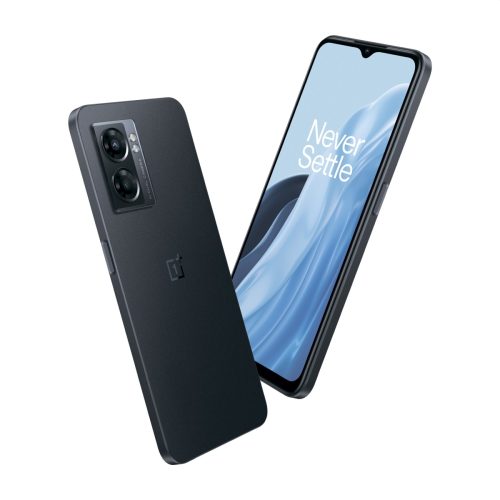 That processor is an 8-core chip featuring two ARM Cortex-A76 CPU cores that can hit speeds up to 2.4 GHz and six ARM Cortex-A55 cores that top out at 2 GHz, along with Mali-G57 graphics.

The OnePlus Nord N300 5G ships standard with 4GB of RAM and 64GB of storage, and features a microSD card reader with support for cards up to 1TB.

Other features include a 48MP primary camera, a 2MP depth-sensing camera, an 8MP front-facing camera, and a 5,000 mAh battery. The phone comes with a 33W SuperVOOC charger, has a fingerprint sensor in the power button, and ships with Android 13 and the Oxygen OS user interface.