Over the years it’s been interesting to see fancy new features debut in high-end smartphone before eventually making their way to mid-range and budget devices. It looks like screens with high refresh rates are the latest example. 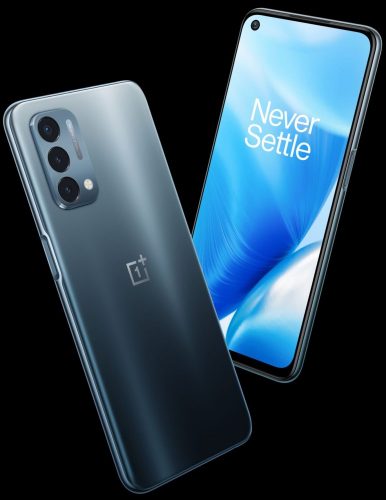 We already knew that thanks to an interview OnePlus CEO Carl Pei did with CNET recently. But now, thanks to details leaked by Evan Blass, we also have a more complete picture of the phone’s other specs and they’re… less impressive.

Still, it’s interesting to see that at least one feature that used to demand a premium price will soon be available for a device in this price range.

According to Blass, the OnePlus Nord N200 5G will be powered by a Qualcomm Snapdragon 480 processor and feature 4GB of LPDDR4x memory and 64GB of UFS 2.1 storage plus a microSD card reader with support for cards up to 256GB.

The processor, camera system, memory, and storage are all a little less impressive than the recently announced OnePlus Nord CE 5G, which has a Snapdragon 750G processor, and at least 6GB of RAM, and 128GB of storage. That phone also has a 90 Hz AMOLED display rather than an LCD screen.

And, perhaps more importantly, it’s also a cheaper phone, which could make the specs more palatable.

According to Blass, the N200 5G also has a few other nice-to-have features including support for NFC, a 3.5mm headphone jack, a side-mounted fingerprint sensor, and support for WiFi 5, Bluetooth 5.1, and 5G networks.

There’s no word yet on when you’ll actually be able to buy the phone.