As expected, OnePlus is launching a new flagship phone, just 5 months after its last flagship.

The OnePlus 5T features a 6 inch, 2160 x 1080 pixel AMOLED display and slimmer bezels than any OnePlus phone to date. Its cameras have also received a minor update.

Otherwise, the new phone is a lot like the OnePlus 5 that launched in June.

The OnePlus 5T has a starting price of $499 for a 64GB model and it’ll be available starting November 21st in North America, Europe, and India. 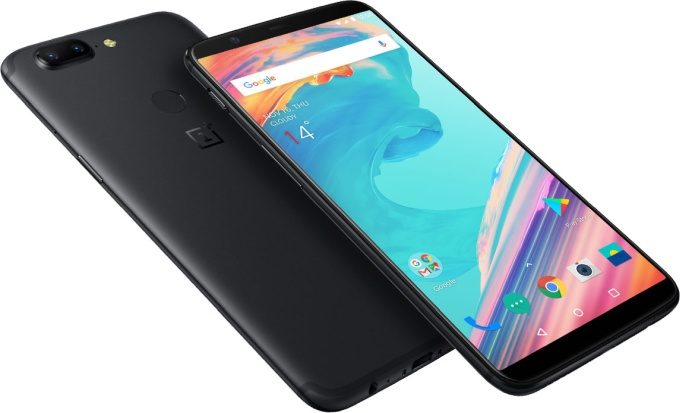 Like its predecessor, the new phone has a Qualcomm Snapdragon 835 processor and comes in two configurations.

There are two rear cameras: one with a 20MP image sensor and a second with a 16MP sensor. You can use them for telephoto zoom photos or to apply depth effects such as a portrait mode with a blurred background.

OnePlus says the phone has a higher screen-to-body ratio and more screen real estate than the OnePlus 5, but that the new phone is just about the same size, making it just as easy to hold in one hand (although you might have to stretch your thumb a bit further to reach the top of the screen). 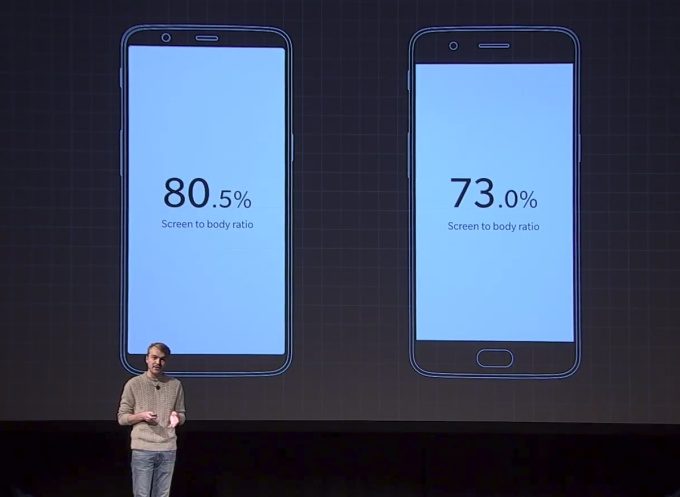 Speaking of the screen, unlike some phone makers, OnePlus provides an option to adjust the display’s color calibration with sRGB, DCI-P3, adaptive, and custom options.

The fingerprint sensor has also been moved to the back of the phone, since there’s no room for one below the screen anymore. And there’s also a face unlock option.

While most of the new changes in this phone are related to the hardware, design, and camera changes, OnePlus says it thinks the phone still has one of the best spec sheets of any 2017 flagship… which is debatable if you personally prefer a higher resolution display, USB 3.x, or a waterproof phone. 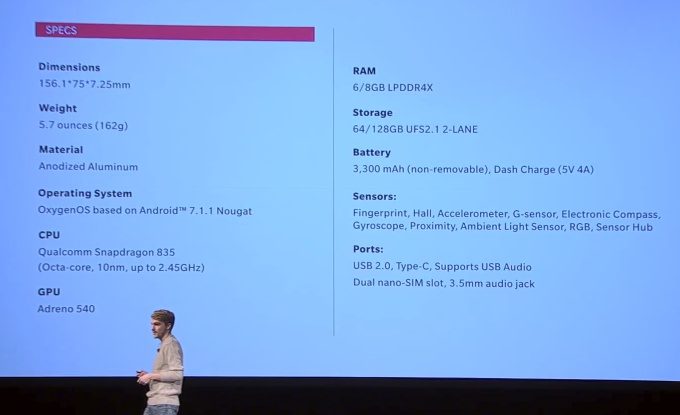 But at least the phone still has a 3.5mm headphone jack.

This is the second time OnePlus has launched a minor update and added the letter T. The OnePlus 3 was also replaced by the OnePlus 3T last year. So what’s the T stand for?

OnePlus notes that Apple calls its minor updates “S.” Since the company is named OnePlus, it figured 1+S = T.