For the past few weeks the makers of the OnePlus One smartphone have been teasing their next product called OnePlus DR-1. Today they officially unveiled the DR-1 and it’s a cheap flying drone.

Not exactly a “game changer” as promised, but not entirely an April Fools’ joke either. The company actually put the DR-1 in its online store for $20, although the limited supply of drones quickly sold out. 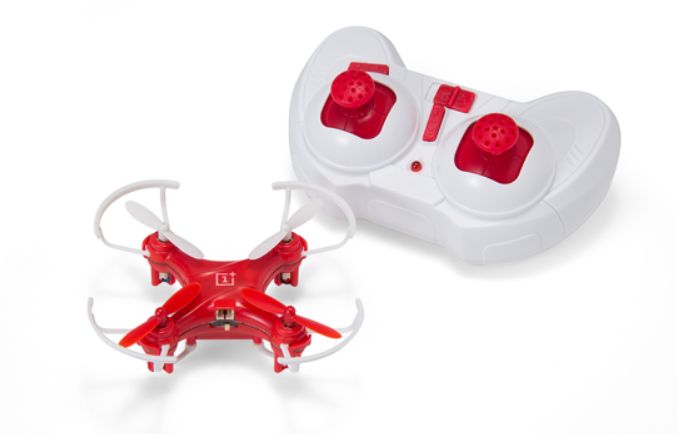 Sure, this isn’t exactly a high-end drone that can carry heavy objects, record videos, or travel long distances. But it’s a nifty toy… and having visited Hong Kong recently, I’m not surprised that the folks at Chinese startup OnePlus thought it would be funny to sell a tiny flying drone that you can fit in the palm of your hand: these things are hugely popular in China and Hong Kong at the moment.

I saw them at electronics stores and street markets, and when I met with Eric from Geekbuying.com to see me what’s hot in China at the moment, he brought a phone, a tablet, and a similar quadcopter (with a nicer-looking remote control), among other things.

The OnePlus DR-1 is a quadcopter that measures about 2.75 inches across, flies for up to 8 minutes on a charge, and has a battery that can be recharged in about 20 minutes.

Didn’t get a chance to order a DR-1 before they sold out? Don’t worry. There’s nothing particularly special about the little guy: you can find plenty of virtually identical toys for similar prices at AliExpress.