While some smartphone makers have been working on ways to hide the front-facing camera by placing it behind the screen, OnePlus has developed a concept smartphone that hides the rear cameras for some reason.

The company plans to show off the Oneplus Concept One smartphone at the Consumer Electronics Show next week, and while we’ll probably have to wait a few days to get the full details, OnePlus has posted a teaser showcasing weirdest features: “invisible cameras.” 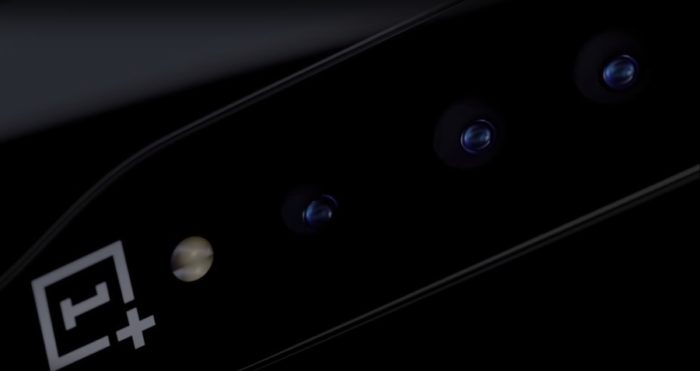 Here’s the idea — like many smartphones, the Concept One has a strip of glass on the back of the phone that covers the rear camera lenses. But what makes this glass different is that it can change colors — when you’re not using the cameras, they’re hidden behind a black glass panel, giving the back of the phone a more seamless design. When you are using the cameras, an electrical signal causes the glass to become transparent, allowing you to capture photos or videos using the rear cameras.

OnePlus says the electrochemical glass is similar to the color-changing glass used in some airplanes and high-end cars. In fact, according to Wired, OnePlus worked with luxury car maker McLaren to use the same glass technology the automotive company uses in sunroofs.

At this point the OnePlus Concept One is just a concept. The company hasn’t committed to mass producing the phone or selling it to consumers. But showing off the concept device at CES could be a way to gauge consumer demand… and maybe find a way to stand out at a time when most flagship phones have similar specs and design.