The new OnePlus 8 Pro smartphone announced today is a 6.78 inch phone with a 120 Hz display and flagship class specs.

But the folks at OnePlus say the new OnePlus 8 is also a flagship phone. It’s just a smaller phone (with slightly less impressive specs).

The new OnePlus 8 has a 6.55 inch AMOLED display, a Qualcomm Snapdragon 865 processor, triple rear cameras, and a 4,300 mAh battery.

It should be available for order starting today in Europe. The phone will be available in the US starting April 29th for $699 and up. 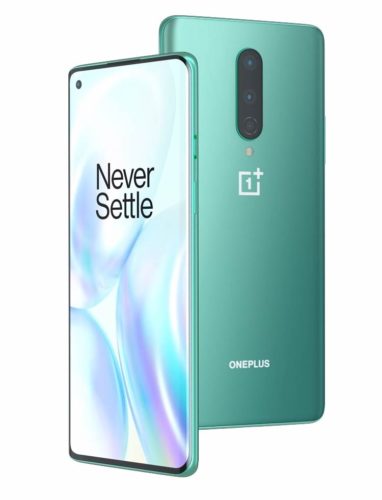 The phone has a 16MP front-facing camera and three rear cameras:

It also has a hybrid image stabilization feature that uses EIS and OIS when you’re shooting video, with support for up to 4K video recording. 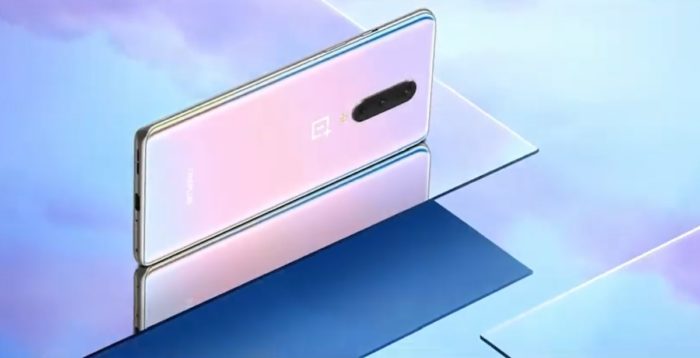 OnePlus offers up to 12GB of RAM and 256GB of storage, and the phone has stereo speakers and supports WiFi 6, USB 3.1, and 30-watt fast charging.

The OnePlus 8 comes in three color options: black, green, and “interstellar glow,” which features a finish that appears to change colors depending on lighting conditions and angles of view.

Here are the pricing/configuration options:

While the phone’s specs aren’t quite as impressive as those for the OnePlus 8 Pro, the company is positioning the OnePlus 8 as a “true flagship” that’s easier to operate in one hand thanks to its smaller design.

That said, if you want a better camera, faster RAM (LPDDR5 vs LPDDR4X), or a higher-resolution, smoother display, then you may want to opt for the bigger, pricier OnePlus 8 Pro.