The latest flagship smartphones from OnePlus come less than half a year after the company’s last flagships.

So unsurprisingly, this isn’t a huge update. But the new OnePlus 7T features a new look, a modest spec bump, and one feature that had previously been limited to “Pro” models: a 90Hz display. In fact, OnePlus says all of its phones from now on will ship with with the company’s “Fluid” display with a high screen refresh rate.

The OnePlus 7T is launching first in India, but it’s coming to the US on October 18th for $599 and up.

OnePlus is also holding a second launch event October 10th, where the company will likely unveil a OnePlus 7T Pro. 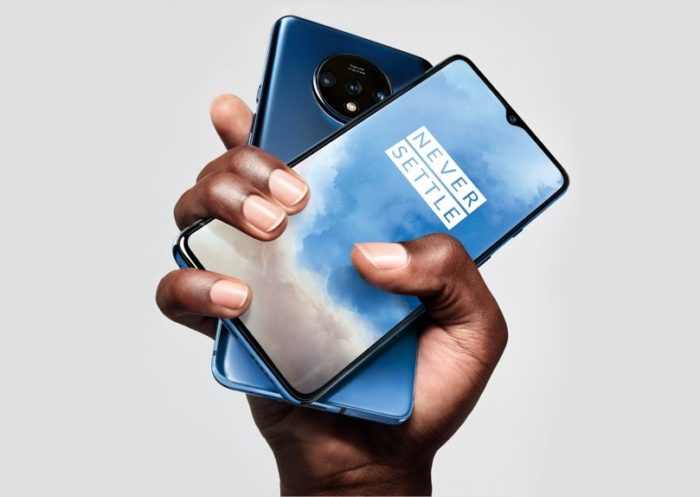 Under the hood, both phones feature a Qualcomm Snapdragon 855 Plus processor, 8GB of RAM and 128GB to 256GB of UFS 3.0 storage.

The front of the phone features a 6.55 inch, FHD+ AMOLED display with a 20:9 aspect ratio and support for up to 1,000 nits of brightness.

On the back of the phone, there’s a new circular design for the triple-camera system, housing a 48MP primary camera, a 16MP ultra-wide angle camera (117 degrees), and a 12MP telephoto lens with 2X optical zoom.

Other features include a 3,800 mAh battery with support for 30W fast charging, a USB Type-C port, an in-display fingerprint sensor and support for face unlock, and stereo speakers.

The OnePlus 7T will be available from OnePlus.com for $600 starting October 18th.