Chinese smartphone maker OnePlus has a new phone coming this summer, and apparently because the number 4 is considered unlucky in China, it’ll be called the OnePlus 5.

The Verge reports that the phone will be a follow-up to last year’s OnePlus 3 and OnePlus 3T smartphones. And that’s about all we know for certain… but a number of recent leaks may provide a few more clues of what to expect. 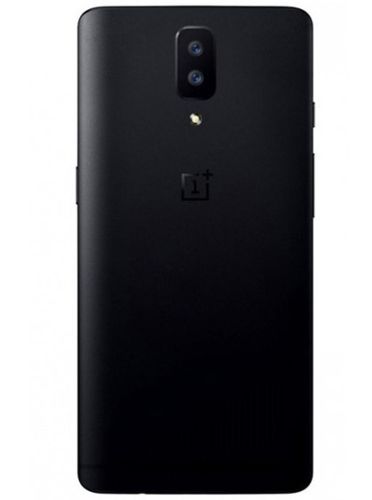 OnePlus made a splash a few years ago with the launch of the OnePlus One smartphone, featuring high-end specs, a mid-range price, and Cyanogen OS, a custom version of Android from a company founded by some of the key developers of the popular CyanogenMod custom ROM.

Over the last few years Cyanogen Inc has largely imploded, and OnePlus has had a few hits and misses. But the OnePlus 3 line of phones were pretty well received.

So what doe the company have in store for its next phone? Take these leaks with a grain of salt, but a new picture shows a phone with dual rear cameras. And an unofficial listing ant OppoMart suggests the phone will have a Snapdragon 835 processor, 6GB of RAM, at least 64GB of UFS 2.1 storage, and a quad HD display.

Meanwhile, a picture posted to Chinese social media site Weibo suggests the phone could actually have 8GB of RAM.

Of course, there’s no guarantee that the retail listing or the screenshot are accurate. We probably won’t know for certain until OnePlus makes and official announcement… but none of the rumors seem implausible.

There are already plenty of phones with 2560 x 1440 pixel displays on the market. There are a handful of devices with Snapdragon 835 chips. And phones with 6GB of memory are becoming increasingly common. We’ve even seen a few models with 8GB.