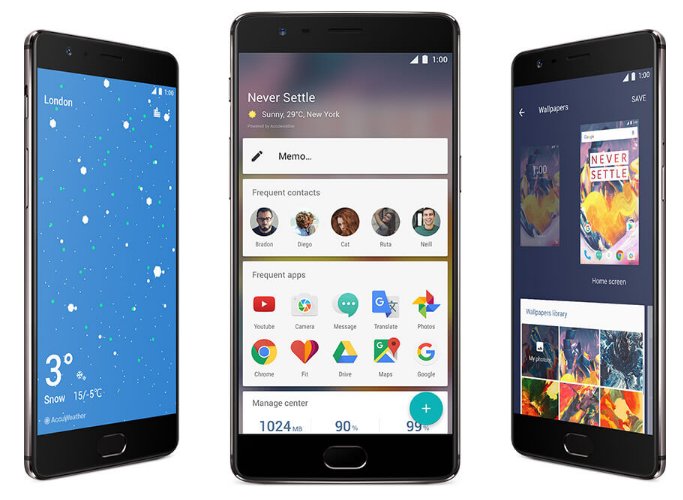 Like the original OnePlus 3, the new phone has 6GB of RAM and a 16MP rear camera with optical image stabilization.

But the company says the new model has a more scratch-resistant sapphire glass cover. The front camera, meanwhile, has been bumped up from 8MP to 16MP. There’s also support for electronic image stabilization when shooting video with the front camera.

Another new feature is optional: the entry-level OnePlus 3T will come with the same 64GB of storage as the OnePlus 3. But you’ll be able to pay an extra $40 for a 128GB model.

The OnePlus 3T will ship with a new version of OxyenOS based on Android 6.0.1… but it’s likely that an Android 7.0 update is on the way. The company is already preparing to launch Android 7.0 for the OnePlus 3.