OnePlus has announced that it’s second smartphone will be powered by a Qualcomm Snapdragon 810 processor… but the company promises the chip won’t overheat. 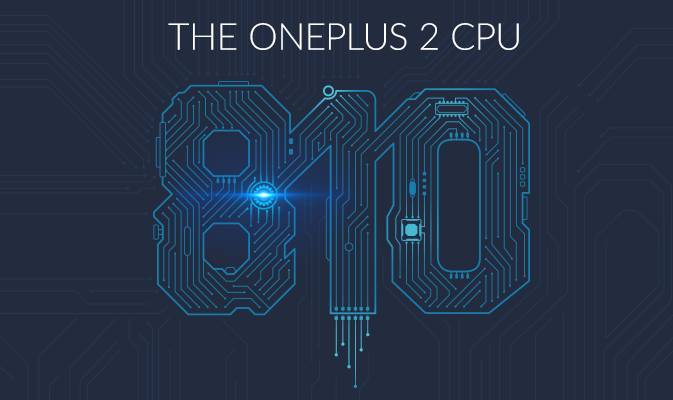 Other phones with Qualcomm’s latest smartphone processor have run into heat problems which lead to CPU throttling. That causes the new Sony Xperia Z4, for instance, to perform more slowly than last year’s Xperia Z3 (with a Snapdragon 801 processor) under some circumstances.

But Qualcomm says it’s not worried that the same thing will happen with its upcoming OnePlus 2 smartphone. That’s because the company is using a Snapdragon 810 v2.1 chipset as well as thermal gel and graphite designed to help dissipate heat.

OnePlus says it’s tested the new chip in its phone extensively and that it doesn’t get too hot to handle and that the 64-bit, octa-core processor with Adreno 430 graphics offers strong performance, support for 4K video playback, a faster camera, and better graphics than you’d get from last year’s OnePlus One phone.

The OnePlus 2 isn’t the first phone that’s said to ship with a Snapdragon 810 v2.1 chip though: Sony’s Xperia Z3+ and Z4 products also use the new implementation of the chip… and still reportedly suffers from heat problems, as does the Xiaomi Mi Note Pro which also has a Snapdragon 810 v2.1 processor.

Update: OnePlus says the Snapdragon 810 chip will also be configured to have a top clock speed of 1.8 GHz in their phone, rather than the theoretical top speed of 2 GHz for the chipset. This could help keep heat issues at bay.

The company also says the chip is more expensive than the Snapdragon 801 processor used in their first phone, which means the OnePlus 2 will have a higher starting price (all we know for certain now is that it’ll “certainly be higher than $322”).