OnePlus plans to unveil its second smartphone next week. But there’s not actually much mystery left: the company has already revealed most of the specs for the Oneplus 2. Now we even know what it’ll look like.

The Chinese wireless regulatory agency TENAA is basically China’s version of the FCC. And just like the FCC, TENAA has a habit of hosting documents for unreleased products.

Now a listing for the upcoming OnePlus 2 smartphone gives us the first pictures of the phone. 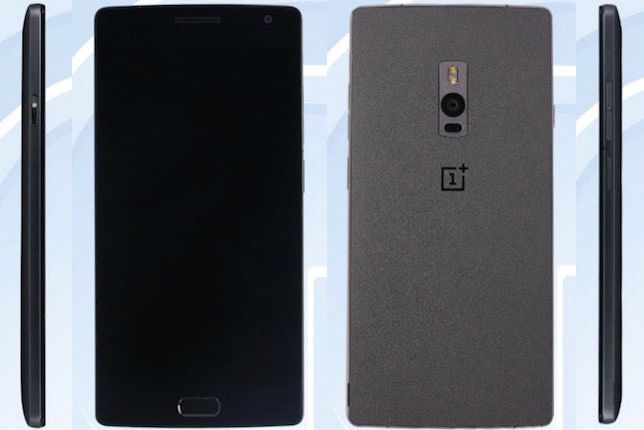 Honestly, the phone looks a lot like the OnePlus One. The camera’s placed a bit lower on the back of the phone, and there’s a physical button on the front of the device which will most likely serve as both a home button and a fingerprint scanner.

One thing we still don’t know is how much the OnePlus 2 will cost: the company says it’ll have a starting price below $450, but it’s not clear how much below that price it will be. The phone is expected to be more expensive than the OnePlus One, which had a starting price of $299 when it first launched.

OnePlus is a Chinese startup that launched its first phone in 2014. But that phone made a pretty big splash, partly due to a series of PR stunts, but largely due to its value proposition: the OnePlus One offered high-end specs at a mid-range price. While it sounds like the OnePlus 2 will have a higher price, it should still be cheaper than the latest flagship phones from Samsung, HTC, LG, and others… it’ll be interesting to see if the price difference is strong enough to convince people to buy a OnePlus 2 when alternatives like the Asus ZenFone 2 and Alcatel OneTouch Idol 3 are available for under $300.

The OnePlus 2 will feature a Qualcomm Snapdragon 810 processor, 4GB of RAM, a USB Type-C connector, a 13MP rear camera, dual SIM support, a 3,300 mAh battery, and a fingerprint scanner.

2 replies on “OnePlus 2 smartphone hits TENAA: Here’s what it looks like”