Like last year’s model, the OnePlus 2 features premium specs and a reasonably low price tag. Prices for this year’s model start at $329… although you’ll have to wait a little while to get the cheapest model. 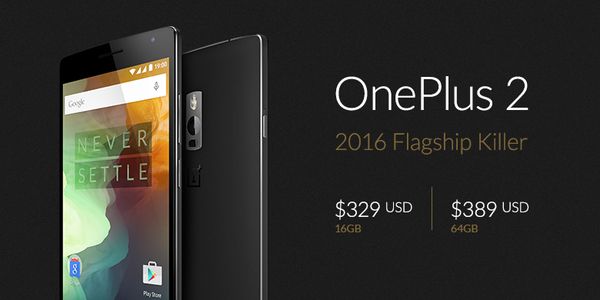 That’s because there are two versions of the OnePlus 2. The version that goes on sale starting August 11th costs $389 and features 4GB of RAM and 64GB of built-in storage.

The phone launches in US, Canada, Europe, India, and China in August. It’ll be available in Southeast Asia in the fourth quarter of 2015.

Later this year the company will begin selling a model with 3GB of RAM and 16GB of storage for $329. 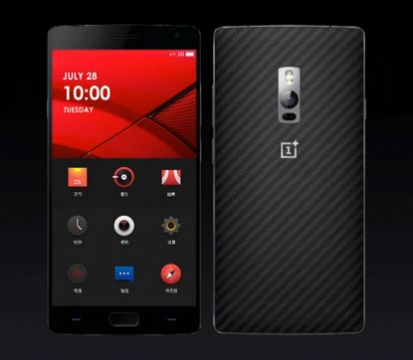 OnePlus says the rear camera supports 120 frame-per-second slow-motion and time lapse video recording. There’s also a Super Resolution mode that lets you snap multiple photos with the 13MP camera to create 50MP images (something we’ve seen on a handful of other phones, including the Asus Zenfone 2… although generally the resulting photos take up much more space, while offering slightly better quality).

The rear cover of the OnePlus 2 is removable, and you can replace the “sandstone black” cover that comes with the phone. There are four OnePlus StyleSwap covers available at launch: bambook, Kevlar, black apricot, and rosewood.

OnePlus has also included a hardware switch called the “alert slider” on the side of the phone that lets you toggle notifications to allow all, priority, or no notifications to disturb you. 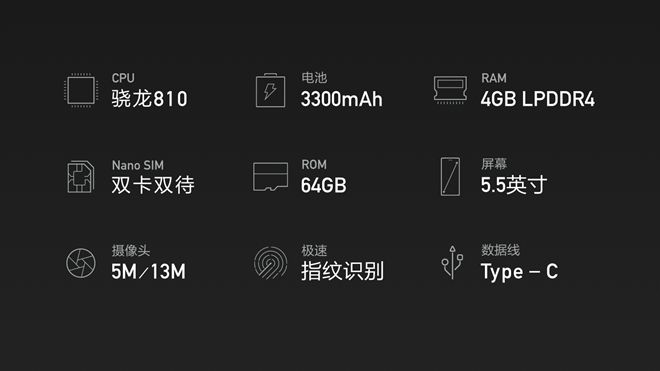 The OnePlus 2 runs a custom version of Android called OxygenOS, which is based on Android 5.1. The software supports custom icon packs and themes and other custom features including including camera, audio tuner, and file manager apps. There’s also support for adjusting the permissions that individual apps can use — something that won’t be available for most Android users until they upgrade to Android M.

While the Snapdragon 810 processor that powers the phone has come under fire for, well, getting too hot (and slowing down as a result), OnePlus addresses the issue in part by underclocking the chip to run at up to 1.8 GHz instead of 2 GHz.

Theoretically this means the chip in this phone won’t be able to perform some tasks as quickly as similar chips in the latest phones from HTC, Sony, and others. But it also means that the OnePlus 2 is less likely to have speeds throttled periodically when the chip gets too hot, which could lead to better overall performance. At least that’s the plan.

One of the reasons OnePlus generated so much buzz with its first smartphone in 2014 was that the company offered a high-quality phone at a great price. The OnePlus 2 seems designed to pick up where the OnePlus One left off.

While some people may be disappointed that the screen resolution isn’t higher, that OnePlus didn’t go with a less controversial processor, or that there’s no microSD card slot (there wasn’t one in last year’s model either), OnePlus did manage to pack a more powerful processor, a better camera, a bigger battery, and a fingerprint scanner into a phone with a starting price that’s just $30 higher than the launch price for the OnePlus One.

Unfortunately, OnePlus has a limited supply of devices available at launch, and if you want to buy a phone you’ll need to request an invitation.

13 replies on “OnePlus 2 smartphone coming in August, prices start at $329”