OnePlus is holding an online press event at 7:00PM Pacific Time tonight to launch its new phone. You can download an Android app to watch a standard video stream or watch the event in virtual reality.

But you don’t need wait until tonight to see the OnePlus 2: an xda-developers forum member has posted some pretty detailed pictures ahead of the official announcement. 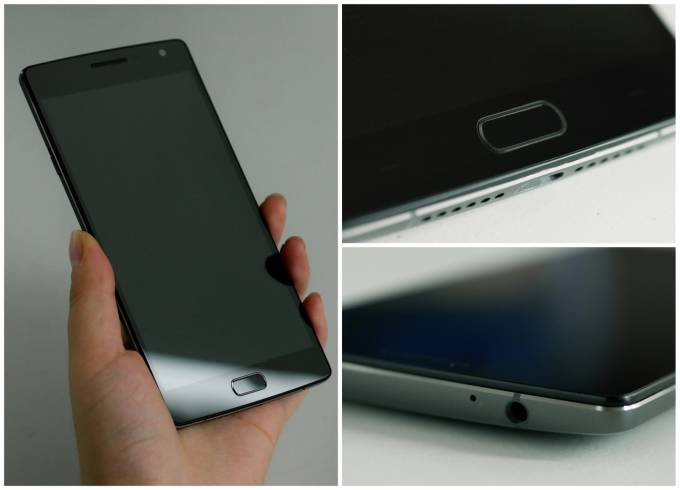 The phone looks a lot like the pictures that showed up at Chinese regulatory agency TENAA recently, but like most phones, the OnePlus 2 looks better in real photos.

As expected, the phone has a single button below the screen, which will likely function as a fingerprint scanner. There’s a USB Type-C connector at the bottom of the phone and a removable rear cover that allows to access the SIM card slot or to you to swap the back for a cover with a different color or texture.

A video also leaked this weekend, allegedly showing a OnePlus 2 smartphone running the AnTuTu benchmark. The phone scores a respectable 49,000 on the test, which makes it reasonably fast, but not exactly the most powerful phone on the market.

OnePlus has already stated that the phone features a Qualcomm Snapdragon 810 v2.1 processor, a fingerprint sensor, a 3,300 mAh battery, a 13MP rear camera, and a price tag that will be somewhere between $322 and $450.

It won’t be long until we know all the details, including the release date. But we might already know that too: there are reports that the phone will actually be available starting August 8th.

OnePlus will only have a limited number of devices available at launch, so the company will require potential customers to request an invite before they can buy the phone. Want to add your name to the list? Good luck: Just a few days after the reservation list went live, more than 280,000 people have already signed up.

6 replies on “OnePlus 2 launches tonight, here’s what it looks like (leaks)”