The One Netbook OneGx1 Pro is a tiny gaming laptop with a 7 inch full HD touchscreen display, support for optional game controllers that can attach to the sides of the notebook, and an Intel Core i7-1160G7 Tiger Lake processor with Intel Iris Xe graphics.

It’s basically a souped up version of the OneGx1 that I reviewed this summer. The design is pretty much the same, but the new model has a black chassis and a faster processor with much more powerful graphics.

The only catch? This handheld gaming PC may be tiny, but it costs as much as a full-sized gaming laptop. The OneGx1 Pro is now available from purchase for $1360 and up. 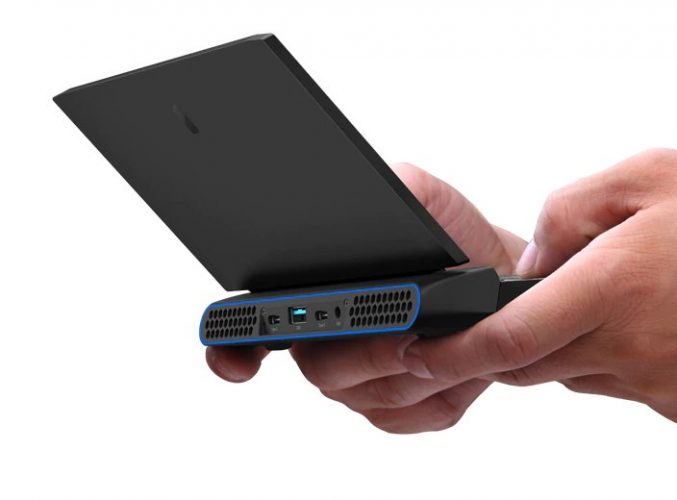 The OneGx1 Pro features 16GB of RAM, a 1920 x 1200 pixel touchscreen display, and support for WiFi 6 and Bluetooth. But there’s optional support for 4G or 5G cellular modems and One Netbook offers a choice of 512GB of 1TB of storage. 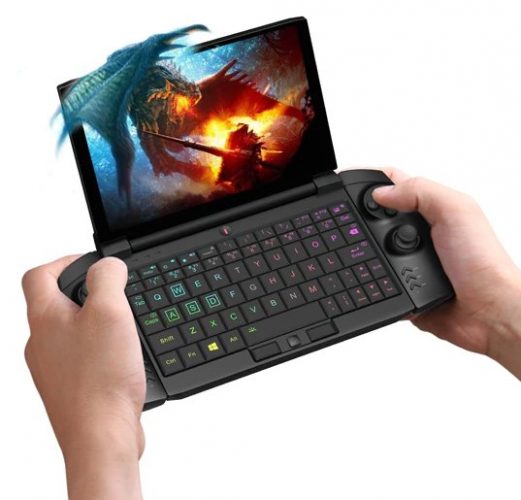 That’s a lot of money to spend on a laptop with integrated graphics. But it’s not like there’s a lot of competition in this space at the moment. While you can certainly find notebooks with more horsepower and lower price tags, what you won’t find is another 1.4 pound laptop with a 7 inch screen, an Intel Tiger Lake processor, an RGB backlit keyboard, support for optional detachable game controllers, and optional support for a 4G or 5G cellular modem.

You also probably won’t find another laptop this small that so clearly copied its design language from Dell’s Alienware line of gaming laptops. 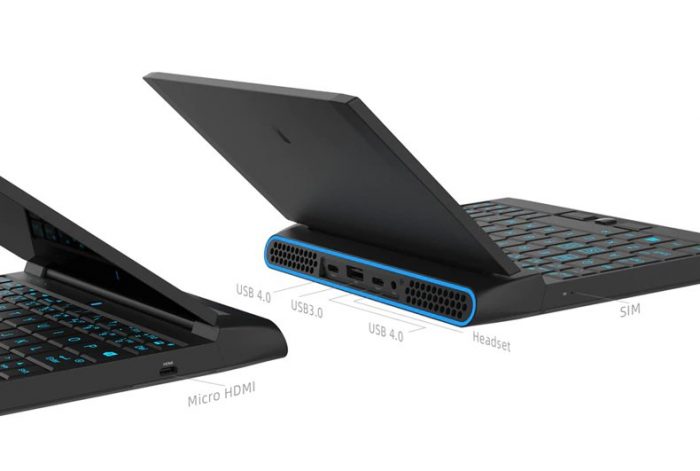 The closest competitor right now is probably the GPD Win Max handheld gaming PC with an 8 inch HD display, an Intel Core i5-1035G7 Ice Lake processor with Iris Plus 940 graphics graphics, and integrated game controllers. You can find more details in my Win Max review from earlier this year. That mini-laptop currently sells for around $935, making it a cheaper, but still pricey (and less powerful) alternative to the OneGx1 Pro.

All of which is to say, this is a pretty niche product category, which may help justify the high price tag.

Here’s a run-down of some key specs for the new OneGx1 Pro:

Update: When finalizing the design of the OneGx1 Pro, One Netbook ended up removing the microSD card slot since it was causing performance issues. 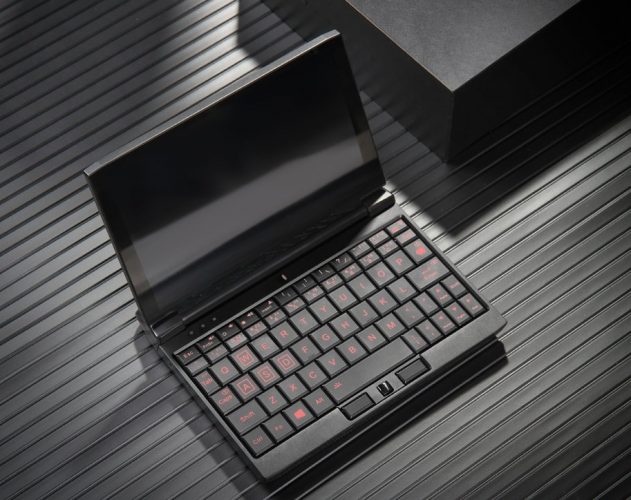 Sadly, I was a bit underwhelmed by one of the computer’s key features when I tested them out on the original OneGx1. The game controllers were a little wonky: they flexed a bit when attached to the sides of the little laptop, making the connection feel a lot less sturdy than what you get with a Nintendo Switch, a much cheaper gaming device with detachable controllers.

It can also be a little tricky to switch between different game controller modes. 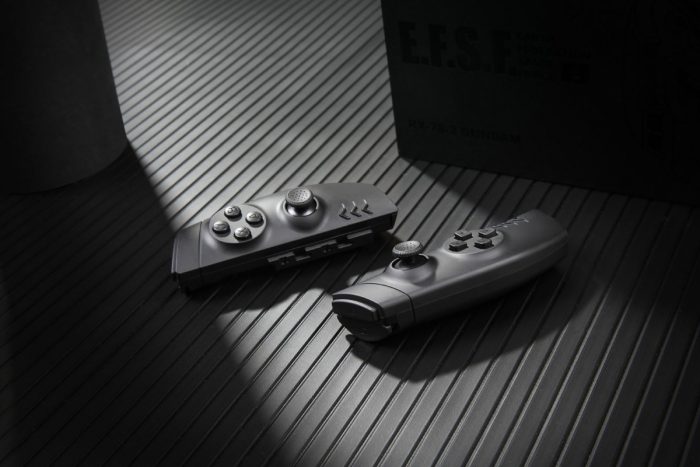 While it’s certainly possible that One Netbook has improved the controllers since this summer, I haven’t had a chance to test the OneGx1 Pro yet, so I can’t comment on any improvements that aren’t plainly clear from the upgraded specs.