One Netbook’s latest small computer 1.4 pound mini notebook called the OneGx1. It has a 7 inch touchscreen display, an Intel Core i5-10210Y Amber Lake processor, support for up to 16GB of RAM and 512GB of PCIe NVMe storage, optional support for 4G LTE or 5G connectivity, and an optional set of detachable game controllers.

It’s also got a design that’s clearly inspired by gaming laptops and later this year the company will be offering a OneGx Pro model with a more powerful Intel Tiger Lake processor and Intel Xe graphics. But for now only the Amber Lake version is available for pre-order.

So how fast is it? One Netbook sent me a OneGx1 prototype to test, and I’ve been using it for a few days. I included some performance notes in my OneGx1 Preview, but that article was initially published before I had time to run benchmarks. Now the results are in, and the OneGx1 performs… about as well as I would have expected. 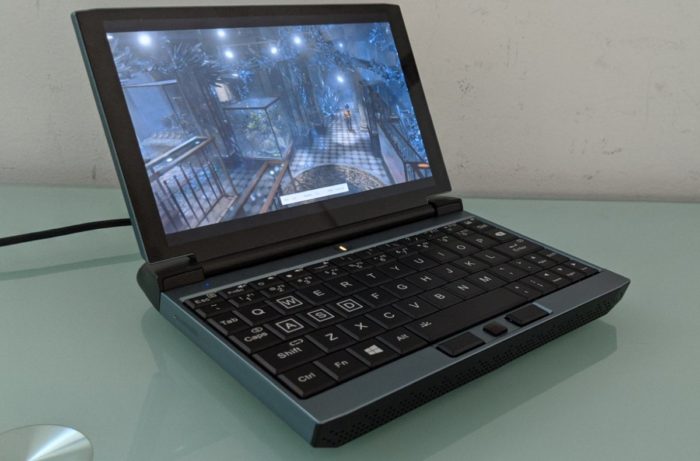 Benchmarks only tell a part of the story, because they often gauge performance under artificial conditions. In terms of real-world performance, I found the OneGx1 pretty zippy for most daily activities including web browsing, video streaming, and document editing. It could also handle casual games with ease, but struggled with more resource-intensive like Assassin’s Creed: Syndicate.

And when I compare OneGx1 benchmark results for tests like PCMark, PassMark, Cinebench, GeekBench, and 3DMark scores for other devices I’ve tested, there aren’t a lot of surprises. The OneGx1 has a decent CPU and mediocre integrated graphics.

It’s also worth noting that the system is designed to be used for handheld gaming with a set of optional game controllers that clip onto the sides. One Netbook also allows you to switch between three performance modes:

I didn’t notice much of a performance difference between Performance and Normal modes when running benchmarks, but the scores were much lower in Mute mode. So in the charts below, I’ve included results for Mute and Performance modes.

I’m also curious to see how the different performance modes affect battery life, but I’m not ready to answer that question just yet. Stay tuned for more.

The OneGX1 has a 7 watt quad-core processor that can hit speeds of up to 4 GHz for a limited time (and hit peak power usage of around 15 watts). But it’s in the same family of chips as the Intel Core m3-8100Y or Core i7-8500Y processors used in other recent mini-laptops, and features Intel UHD 617 integrated graphics. 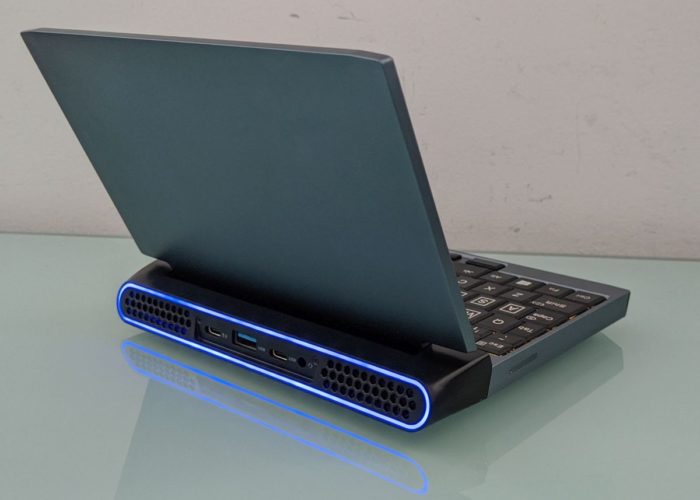 So the only real difference between the chip used in the One Netbook OneGx1 and the processors used in devices like the GPD Win 2 or One Mix 2S is that the Core i5-10210Y is a quad-core processor rather than a dual-core part.

The chip is not nearly as powerful as the 25 watt Intel Core i5-1035G7 Ice Lake processor used in this summer’s other mini gaming laptop, the GPD Win Max. And it’s not as powerful as the 15-watt, 10th-gen Intel Comet Lake or Ice Lake chips used in larger laptops like the Dell XPS 13 9300 ether.

One thing to keep in mind with the PassMark results above is that the 3D graphics test wouldn’t complete on the GPD Win Max, so that score wasn’t used in calculating the PassMark 9.0 total score for that laptop.

In a nutshell, the benchmarks confirm what I could already tell from my first few days of using the OneGx1. It offers decent performance for general purpose computing. But if you’re looking for a handheld gaming PC capable of running AAA games, you’re probably better off with the GPD Win Max… at least until One Netbook is ready to release the OneGX Pro with more powerful graphics. 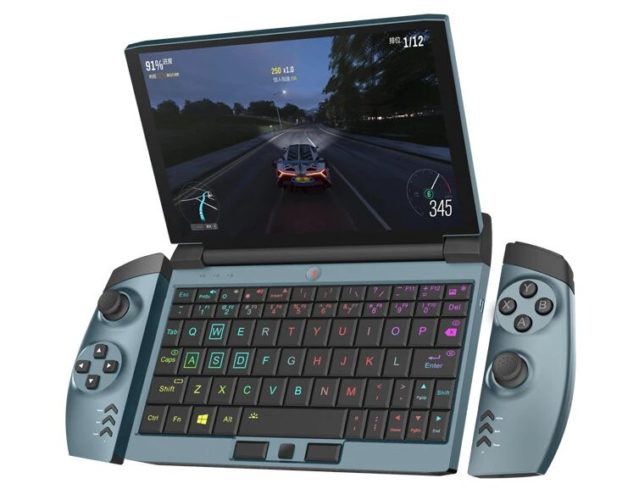 The OneGx1 is available for pre-order from GeekBuying and Banggood:

You can find out more about this little laptop in Liliputing’s OneGx1 Preview: