Acer is unveiling two new Android tablets ahead of next week’s Computex trade show in Taiwan. One is designed for productivity thanks to dual micro USB ports, allowing you to charge the tablet while keeping a hard drive, mouse, or other accessory plugged in.

The other tablet is designed for multimedia and features a display with Quantum Dot technology and 4 speakers plus a subwoofer. 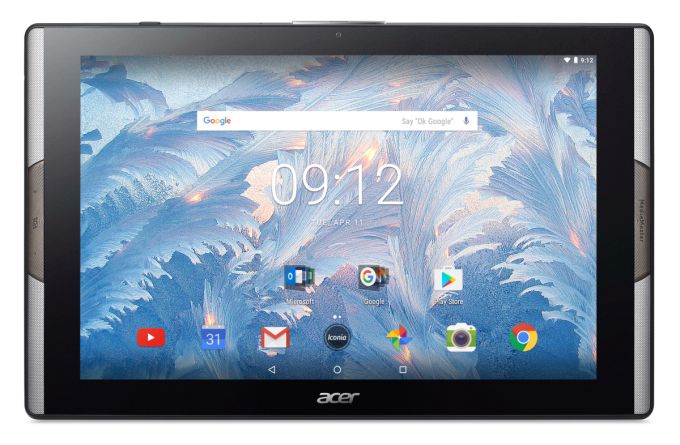 The multimedia model is called the Acer Iconia Tab 10 A3-A50, and it measures about a third of an inch thick and ships with Android 7.0 software, features up to 8 hours of battery life, and supports 802.11ac WiFi.

The most noteworthy thing about this tablet is probably its use of Quantum Dot tech, a feature that’s started popping up in TVs recently but which have yet to be widely adopted in tablets or notebooks.

Generally speaking, the idea is to offer color reproduction that’s close to what you’d see from an OLED display, although existing Quantum Dot displays rely on LCD backlights, which means that you don’t get the same deep black features you get from OLED displays which don’t use backlighting.

3 replies on “One of Acer’s new tablets has Quantum Dot display, quad speakers”