One Netbook has released a line of mini-laptops with display sizes ranging from 7 inches to 8.4 inches and a variety of features including pen support, 360-degree hinges, full-sized ports, and detachable game controllers.

So what’s next? The company is going bigger and faster.

One Netbook has begun teasing its next mini-laptop, although the new One Mix 4 will be a little less mini. 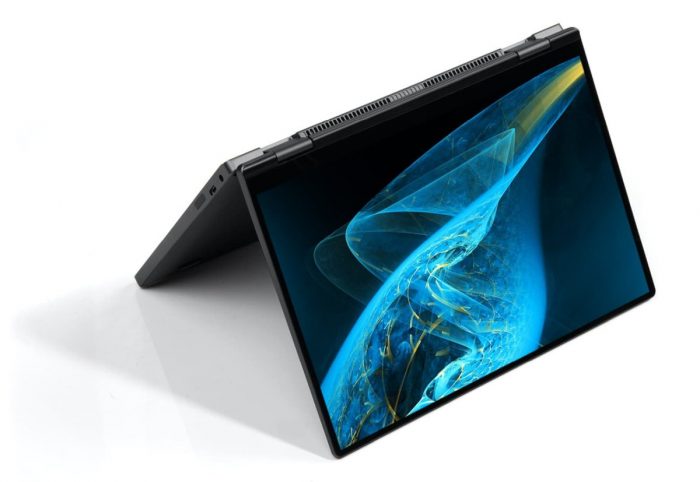 Here’s what we know so far about the upcoming device: 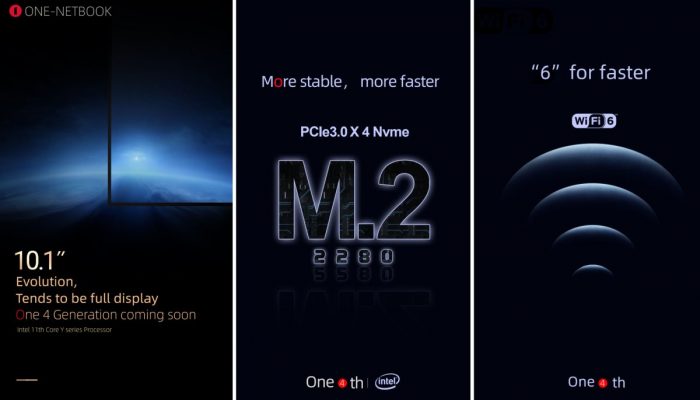 While One Netbook hasn’t provided detailed information about which processor the One Mix 4 will use, this won’t be the company’s first computer with an Intel Tiger Lake-Y processor. The new OneGX Pro handheld gaming PC is powered by an Intel Core i7-1160G7 processor, which is a 4-core, 8-thread chip with Intel Iris Xe graphics and a TDP range of 7 to 15 watts (about half of what you’d expect from a Core i7-1165G7 chip.

It’s also likely that the One Mix 4 will have Thunderbolt 4 ports, like the OneGX Pro (and many other laptops with Intel Tiger Lake chips), but that spec hasn’t been confirmed yet.

8 replies on “One Netbook’s next mini-laptop packs a 10.1 inch screen, Tiger Lake processor”