One Netbook, a Chinese company best known for making mini-laptops and handheld gaming computers is preparing to launch its first 2-in-1 tablet.

The One Netbook T1 is a 13 inch Windows tablet with a detachable keyboard, a built-in kickstand, and support for a pressure-sensitive pen. It’s also one of the first tablets with support for up to a 28-watt Intel Alder Lake-P processor. The tablet is up for pre-order through an Indiegogo crowdfunding campaign with prices starting at low as $599 for a model with a Pentium processor, although Core i5 and Core i7 models are also available at higher prices. 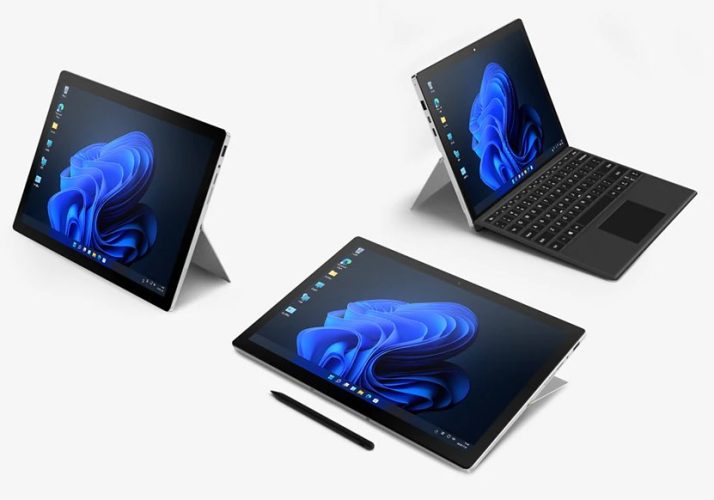 If the One Netbook T1 looks familiar, that’s because it’s basically a new name for a tablet we’ve already seen: the VOYO VBook 2023 that was unveiled in April. One Netbook is a subsidiary of VOYO.

But now One Netbook has revealed pricing and crowdfunding details for the upcoming tablet.

So while the new tablet looks like a Microsoft Surface Pro clone, it has a lower starting price (Microsoft’s Surface Pro 8 sells for $950 and up) and has newer hardware (the Surface Pro 8 is powered by an 11th-gen Intel Core “Tiger Lake” processor).

That said, Microsoft’s tablets come with a 1-year limited warranty while One Netbook, like many smaller Chinese companies, offers limited support for its products shipped to global customers. 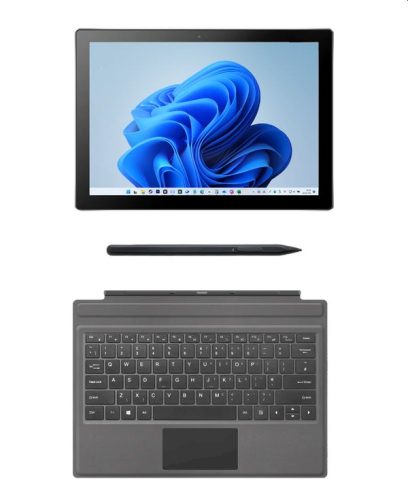 One Netbook says the T1 has a kickstand with a hinge that can be adjusted to any angle between 0 and 160 degrees, an aluminum-magnesium alloy chassis that’s tough enough to survive drops from heights of up to 5 feet, support for touch and pen input, thanks to an active stylus that supports 4096 levels of pressure sensitivity.

Update 6/09/2022: One Netbook loaned me a demo unit to review, and you can check out my hands-on impressions, benchmark results, and other performance notes in Liliputing’s One Netbook T1 preview. You can also get an idea of what to expect from tablet in our first look video.