Chinese mini-PC maker One Netbook has cranked out a bunch of tiny computers over the past year and a half — but most have been variations on a theme. Take a convertible laptop with a touchscreen display and a 360-degree hinge and shrink it down to somewhere between 7 and 8.4 inches.

Next year the company plans to launch something different. The One Netbook One-GX is expected to be a 7 inch gaming computer with an Intel Tiger Lake processor and detachable game controllers. 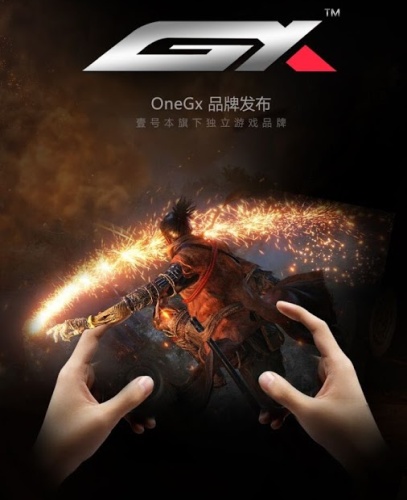 One Netbook hasn’t revealed any photos of the upcoming handheld computer yet, but a picture is starting to emerge thanks to recent articles about the device.

The detachable controllers make the One-GX sound a bit like a Windows-powered Nintendo Switch. But there’s an important difference: the One-GX is expected to be a full-fledged mini-laptop computer with a QWERTY keyboard, which means you can detach the controllers and use it as a mobile PC.

Or you can use those controllers wirelessly for single-player or multi-player games (much as you can with the Switch).

One interesting design choice — ITMedia reports that the One-GX will have a clamshell laptop-style design, which means you can’t flip the screen around to use it as a tablet. That means when you attach the controllers, it won’t look like a Nintento Switch so much as… a tiny laptop with game controllers on the sides.

The closest competitor is probably the GPD Win line of handheld Windows gaming computers — but those devices have built-in controllers above the keyboard, and both the original GPD Win and the Win 2 have smaller screens, and smaller keyboards which makes touch-typing nearly impossible.

In an interview with Japanese site PC Watch, One Netbook representatives say the One-GX is set to ship in the summer of 2020 and that the company opted for Intel’s upcoming Tiger Lake chips for a few reasons.

A few other details we know at this point: the One-GX will have a 10,000 mAh battery, the current prototype weighs about 700 grams (1.5 pounds), but the goal is to get that down to 600 grams (1.3 pounds), and the controllers will connect to the computer via a “unique 2.4 Ghz band” communication protocol rather than Bluetooth.