GPD isn’t the only company making mini laptops with 7 inch displays. A company called One Netbook has a new mini notebook that looks suspiciously similar to the GPD Pocket at first glance, but the One Netbook One Mix Yoga has a few distinguishing characteristics… Including a touchscreen display, a convertible design that lets you use the computer in laptop or tablet modes, and support for pressure-sensitive pen input.

On the down side, it has a less powerful processor than the GPD Pocket. But on the upside, it’s cheaper.

The One Mix Yoga is up for pre-order from Geekbuying for $460. 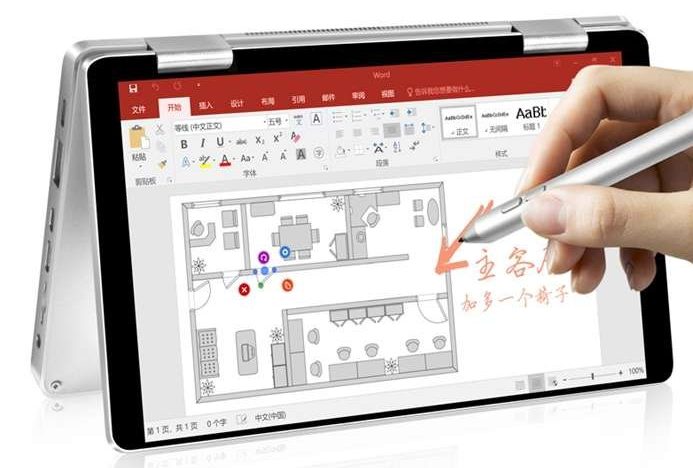 It also has a USB Type-C port, a micro USB port, micro HDMI and 3.5mm audio jacks, 802.11ac WiFi, and Bluetooth 4.0. There’s also a micro SD card slot for up to 128GB of removeable storage. The computer has a 6,500 mAh battery and charges via the micro USB port.

The One Mix Yoga weighs about 1.1 pounds and measures about .67 inches thick. It has a 360 degree hinge that allows you to rotate the screen, and the digital pen supports 2048 levels of pressure sensitivity.

27 replies on “One Mix Yoga is a 7 inch, pocket-sized laptop… and tablet”