The One Netbook One Mix 4 is a little laptop computer with a 10.1 inch touchscreen display, a 360-degree hinge, an aluminum body, optional pen support, USB 4 ports, and an Intel Tiger Lake processor. When the laptop was released earlier this year it was available with up to 16GB of RAM and up to 1TB of storage, but the only processor option was the Intel Core i5-1130G7.

Now you can also buy a One Mix 4 Platinum Edition with Intel’s higher-performance Core i7-1160G7 chip. It also ships standard with 16GB of RAM and at least 512GB of storage, so it’s no surprise that the new model isn’t exactly cheap.

While you can pick up a standard One Mix 4 from GeekBuying for as little as $1050, prices for the Platinum model start at $1380 when you purchase from GeekBuying, AliExpress, or Banggood. 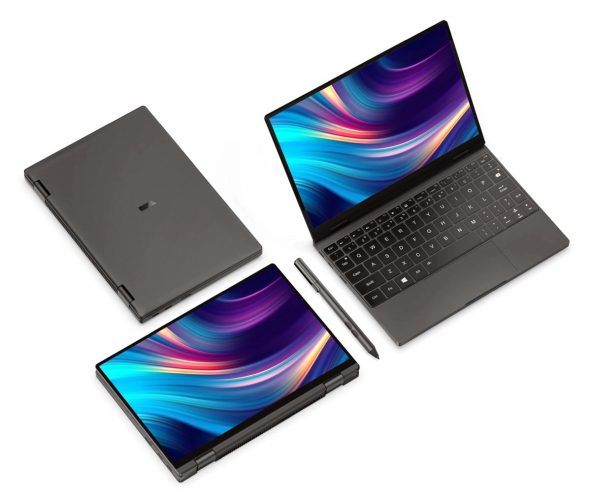 For the most part the new One Mix 4 Platinum is identical to the standard model I reviewed in March. The only differences are the processor and paint job – instead of black, the new model is unsurprisingly platinum colored. 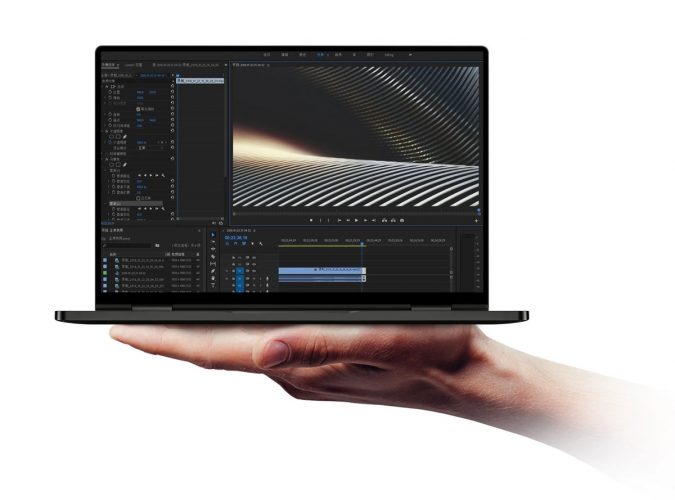 Overall I found that the One Mix 4 offers a decent mix of small size and strong performance. The keyboard is a little on the small side and has a few keys in awkward positions, but once I got used to it I could touch type pretty easily. It has a touchpad with support for multitouch gestures, unlike some earlier devices from the company which only had room for a small optical touch sensor instead.

The Core i5-1130G7 processor in the model I tested, despite being the low-power cousin to Intel’s Core i5-1135G7 chip, offered strong performance in benchmarks and real-world conditions. And the integrated Intel Xe graphics even make some light gaming possible. 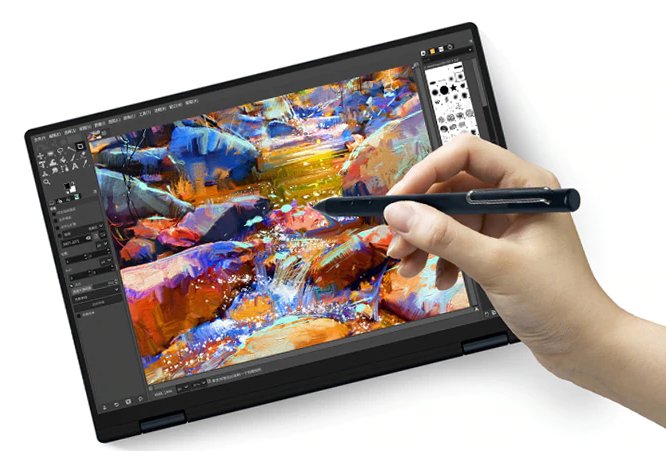 The new Platinum model has a Core i7-1160G7 chip which has more cache, higher base and boost CPU frequencies, and more powerful graphics (with 96 execution units rather than 80). You can see a detailed breakdown of the differences at Intel’s website, or get an idea of the differences in expected performance by checking out a CPU comparison at Passmark and roundup of GPU benchmark comparisons courtesy of NotebookCheck.

The only real weak points I noticed in the One Mix 4 that I reviewed were battery life and… size, I guess. The One Mix 4 lasted less than 6 and a half hours of YouTube video streaming and four hours of real-world usage involving heavy web browsing, light image editing, and writing blog posts for Liliputing.

And as for size, the One Mix 4 falls into a weird in-between category. It’s smaller and lighter than most mainstream laptops with 11.6 inch or larger displays, which could make it easier to tote around with you. But it’s larger than some earlier mini-laptops from One Netbook and rival Chinese PC maker GPD. Some of those other models are literally pocket-sized, making them far more portable.

It’s also worth keeping in mind that the One Mix 4 is only currently available for purchase from stores that ship straight from China, and which often have a reputation for providing underwhelming customer service if you need any help with refunds or repairs. So keep that in mind before placing an order.

For more details, check out Liliputing’s One Mix 4 review and/or our video review: