One Netbook has been slowly revealing details about the upcoming mini PC for the past few weeks. Now it’s available for pre-order.

GeekBuying is selling the One Mix 3 Yoga for $760 and it should ship begin shipping in mid-June.

Update: You can save $10 by using the coupon code BELWFNVY. 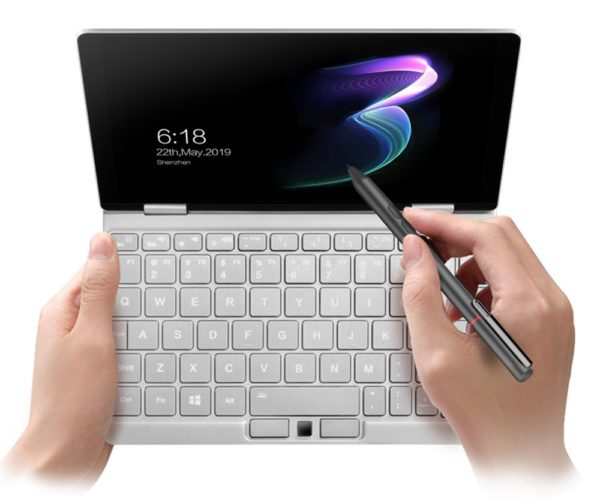 With an 8.4 inch display, the new model will be the largest One Mix laptop to date, but it’s still pretty tiny by traditional PC standards. It measures about 8″ x 5.1″ x 0.6 and weighs about 1.4 pounds.

The One Mix 3 Yoga charges via the USB-C port, so you should be able to charge the laptop from a USB power bank if you’ve got one that cranks out enough power.

It has a metal chassis, a 360-degree hinge that allows you to use the computer in notebook or tablet modes, and optional support for a digital pen with 4096 levels of pressure sensitivity. 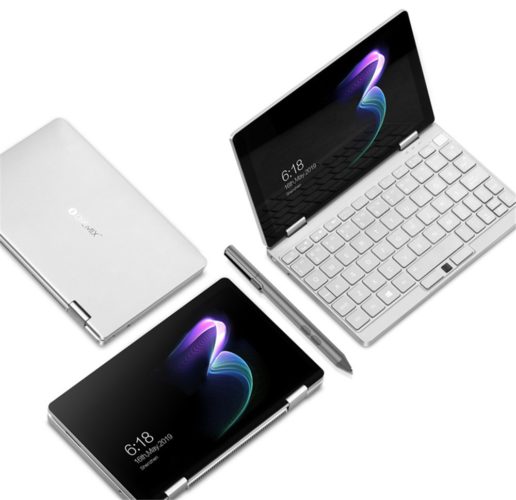 The computer has a backlit keyboard that’s a little larger than the one found on earlier One Mix devices and some keys have been moved. For the most part, the new keyboard looks like it should be easier to type on — but the decision to move the Tab key to the row above the number keys is one that will probably take some getting used to.

One Netbook has also moved the optical touch sensor so that it’s below the keyboard rather than in the center of it. There are left and right buttons on either side of the touch sensor. 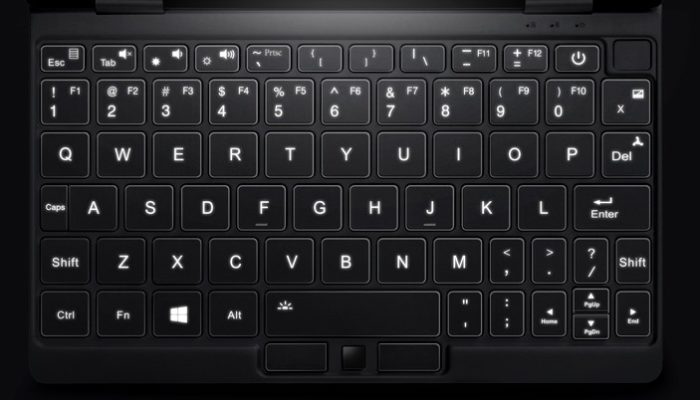 Other features include a fingerprint sensor built into the power button, and support for 802.11ac WiFi and Bluetooth 4.0 and a 3.7V, 8,600 mAh battery.

While the One Mix 3 Yoga comes with a non-removable 256GB PCIe NVMe solid state drive, the company also included an empty M.2 2242 slot that you can use to add an additional SATA SSD.

The One Mix 3 Yoga isn’t the only new mini laptop on the horizon. GPD’s 8.9 inch, 1.5 pound Pocket 2 Max is also coming soon, as is the 8 inch Chuwi Minibook.