It’s only been a few months since the One Mix Yoga mini laptop hit the streets, but the folks at One Netbook are already getting ready to launch a 2nd-gen model.

The upcoming One Mix 2 is expected to have the same 7 inch, 1920 x 1200 pixel touchscreen display as its predecessor, the same 360-degree hinge that lets you use the computer in notebook or tablet modes, and the same support for a pressure-sensitive pen.

But the new model has a number of under-the-hood upgrades. 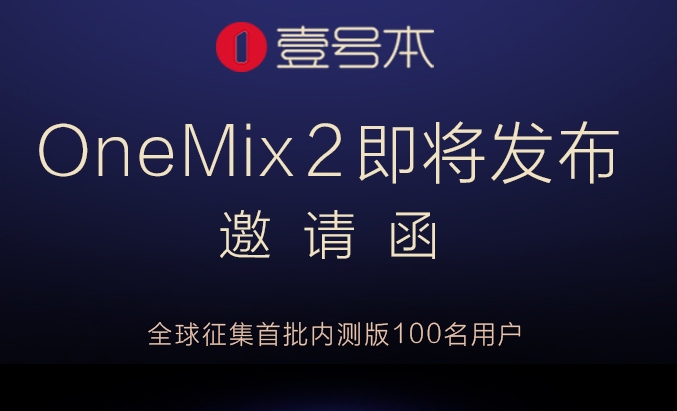 I’m not sure all of the specs have been finalized yet, but it looks like the One Mix 2 will be available with up to an Intel Core M3-8100Y processor, up to 16GB of RAM, and up to 512GB of PCIe solid state storage.

By comparison, the first-gen One Mix Yoga had an Intel Atom x5-Z8350 processor, 8GB of RAM, and 128GB of eMMC storage.

When I tested the original I was impressed with the overall design, but underwhelmed by the tiny computer’s performance. The upgraded processor and storage should theoretically go a long way to address those concerns.

The One Mix 2 is also expected to have a USB Type-C port for charging and data (the original used a micro USB port).

Other features that remain largely unchanged include a USB 3.0 Type-A port, a micro HDMI port, and a microSD card slot, the 360-degree hinge, an optical mouse sensor instead of a touchpad, and support for 2048 levels of pressure sensitivity when using a digital pen.

You may have noticed that I said the system supports “up to” an 8th-gen Core M3 processor, 16GB of RAM, and 512GB of storage. The company is also planning to offer an entry-level model with a Core M3-7Y30 processor, 8GB of RAM, and a 256GB SSD.

The company is also said to be working on a beta version with a Core i5-7Y54 processor, 8GB of RAM and a 128GB SSD, but I don’t expect that model to be sold through retail channels.

Update: It looks like One Netbook will offer all three processor options for the retail model, so you’ll have a choice of Core i3-7Y30, Core i5-7Y54, and Core i3-8100Y processors.

The One Mix 2 is also expected to have a fingerprint sensor which the original did not. And it may be available in a choice of silver or black color options.

But One Netbook hasn’t decided yet whether the computer will have a backlit keyboard like its predecessor — the company is trying to cram as much as possible into this tiny computer without generating more heat than the fan can dissipate.

A few videos showing off an early prototype have also been posted online:

One Netbook hasn’t announced the price or release date for the new model yet. But the original One Mix Yoga sold for about $460 at launch, and you can currently pick one up for: