The Infinity laptop from One Education is a low-cost computer designed for schools and young students. It’s also designed to be easy to repair or upgrade, thanks to a modular design that lets you quickly replace components including the camera, battery, screen, or other parts.

One Education introduced the Infinity modular laptop earlier this year, and has working prototypes. The group hopes to ship the first units in September, 2016. But in order to do that, One Education needs to raise some money — so the organizations has launched an Indiegogo crowdfunding campaign to raise $50 thousand in order to begin manufacturing devices. 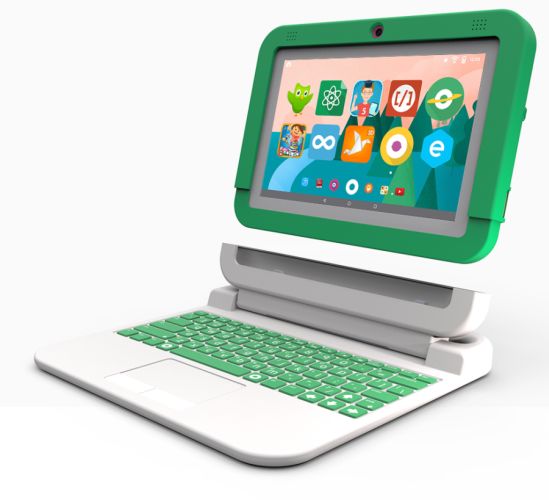 Early backers of the campaign can request an Infinity for a pledge of $249. The price will go up to $299 after the first 48 hours.

The laptop is actually a tablet plus a keyboard dock. At launch the tablet features an 8.9 inch, 2560 x 1600 pixel display, a 1.4 GHz quad-core processor, 8GB of storage, a microSD card slot, WiFi, Bluetooth, a 7,000 mAh battery, and a capacitive multitouch touchscreen. It’s possible that some or all of those features could change by the time the device actually ships… and if One Education is successful, it’s possible you may be able to upgrade some or all of the hardware later on, as new modules become available.

For now, the system runs Android 5.x Lollipop software with a suite of educational apps and a custom user interface. Eventually One Education hopes to offer support for Linux as well. 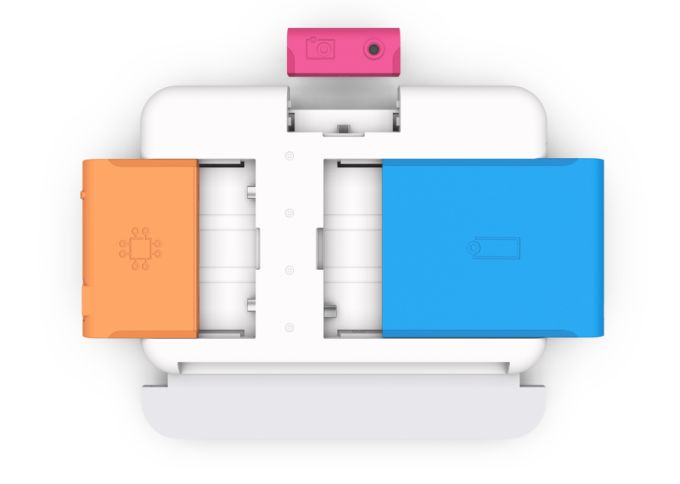 Modular components include a camera, battery, display, keyboard dock, and a core module with the CPU, memory, storage, and wireless card.There’s also a “hub” module that holds everything together (each piece slots into a place on the hub) and which includes things like the speakers and USB ports which you probably won’t need to replace or upgrade as soon as the other parts. There’s also a removable cover that will be available in 7 different colors.

Since it’s easy to remove each model, if one part of the laptop breaks you can slide it out and replace it with an identical module, while sending the first out for repair. But you can also open each module if you’d rather take a crack at fixing it yourself.

The Infinity looks a bit like an XO laptop from the One Laptop Per Child project, and that’s by design. One Education wants to carry on the efforts started by the OLPC project, which has lost a lot of steam (and staff and other resources) in recent years.