A handful of Chinese tablet and TV box makers have started offering models that dual boot Android and Windows software. That means you can run Android apps or games on your tablet, reboot into Windows and fire up Windows apps (or Windows desktop apps).

Now one company is going a step further by letting you easily share files between the two operating systems. So if you download a file using an Android web browser you can access it in Windows, or vice versa. 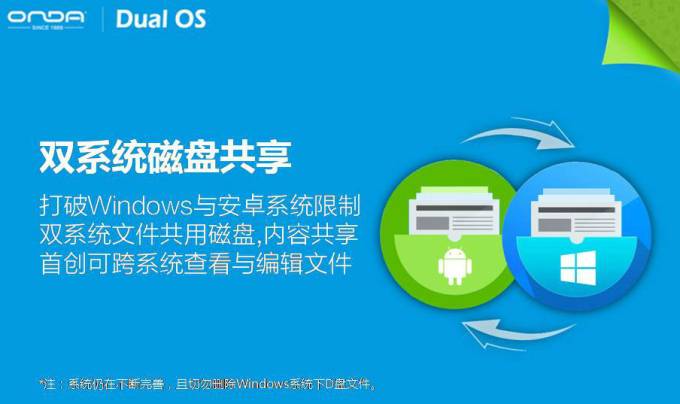 While the demo video the company posted to Chinese social network Weibo shows what appears to be a tablet running Windows 8.1 and Android 4.x, the company says the software will work with Windows 10 and Android 5.0.

Onda says its multi-boot firmware will be available for select tablets including the Onda V919 3G Air. That’s a tablet with a 9.7 inch, 2048 x 1536 pixel display, 2GB of RAM, an Intel Atom Z3736F Bay Trail processor, and dual operating systems.

The dual-boot version of the tablet sells for about $200 and up at AliExpress, Geekbuying, and other sites that ship Chinese tablets internationally.