Chinese tablet maker Onda has introduced a new Windows tablet with an 8.9 inch, 1920 x 1200 pixel display, an Intel Atom Bay Trail processor, and a price tag of around $200 or less.

Actually, the Onda V891w sells for just $130 in China, but you’ll have to pay a bit more if you want one shipped to the United States. 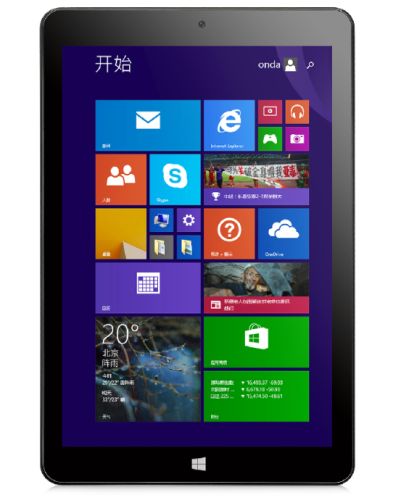 TinyDeal sells the tablet for $193, and you can pick one up from AliExpress for $170 and up.

Onda’s new tablet has a 5000mAh battery, a 5-point capacitive touchscreen and an IPS display with wide viewing angles.

Measuring 0.35 inches thick and weighing less than 1.2 pounds, the tablet is more compact than a typical 10 inch Windows tablet, but it has a larger screen than many cheap 7 and 8 inch models which could make it a better option for watching videos or reading comic books or digital magazines.