Most companies offering so-called smartwatches are really offering watches that serve as companions to your existing smartphone. The Omate TrueSmart is designed to work as a standalone device: You can even use it to make phone calls.

Or you can use it to view notifications from your phone if that’s what you’d prefer.

A lot of folks seem to like the concept: The makers of the Omate TrueSmart took to Kickstarter a month ago in hopes of raising $100,000 to turn their idea into a real product. Now the campaign has ended, and the project has raised more than 10 times that much money. 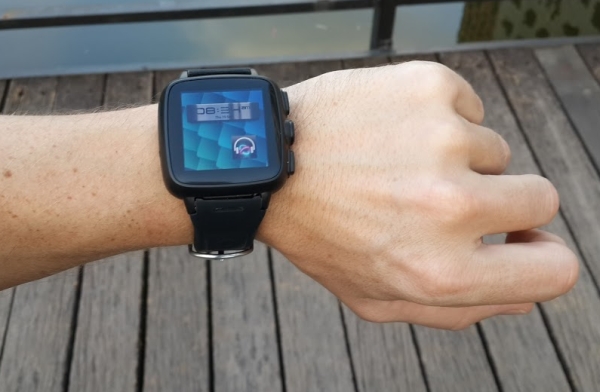 As the campaign racked up dollars, the developers added stretch goals, so now the watch is expected to ship with sapphire crystal glass, a camera that can record 720p video, an improved virtual keyboard, and more.

There’s also an option for a model with 1GB of RAM and 8GB of storage.

It’s also a waterproof device, and since it’s basically a phone in the shape of a watch, it can run any Android app. The Omate TrueSmart will even ship with the Google Play Store pre-loaded.

Update: Nope. It’ll actually ship with its own app store instead.

While the Kickstarter campaign has ended, Omate hopes to begin shipping watches in November and December. So it might not be long before you have a chance to pick one up at retail pricing.

Or you could buy a so-called smartwatch from Samsung or Sony and have a watch that’s an extension of your phone rather than a replacement for it.