The Omate TrueSmart runs Android 4.2 Jelly Bean, features a dual-core ARM Cortex-A7 processor, and has 512MB of RAM and 4GB of storage. While that might sound like the spec sheet for a low-end Android smartphone, the TrueSmart is actually a wristwatch.

Or at least, that’s the goal — right now the project is still in the concept phase. The team hasn’t even raised the money to bring the product to market yet. 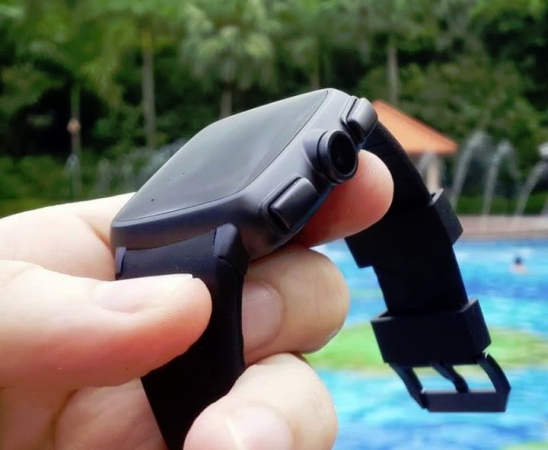 Other features include 802.11b/g/n WiFi, A-GPS, an FM radio tuner, and a microSD card slot for extra storage. It also has an accelerometer and magnetometer.

You can snap photos by pointing your wrist at the subject of your photographic experiments thanks to the 5MP camera with auto-focus built into the side of of the watch. And the rear panel can be opened up to let you replace the battery.

Powered by a 1 GHz MediaTek MT6572 processor, the TrueSmart won’t exactly be a speed demon. But it’s one of the most phone-like watch concepts I’ve seen.

Unfortunately, it’s not clear that you’ll be able to actually use it as a standalone device to make phone calls. Instead it’ll pair with your smartphone over Bluetooth to let you use the internet on the go or act as a smartphone companion.