Omate has been producing smartwatches running Google Android software since before Google actually launched a version of Android optimized for wearables. Now the company is getting ready to launch a new model called the Omate Rise.

Omate will launch a crowfunding campaign on December 7th, in hopes of raising enough money to ship the Rise smartwatch in March, 2016. 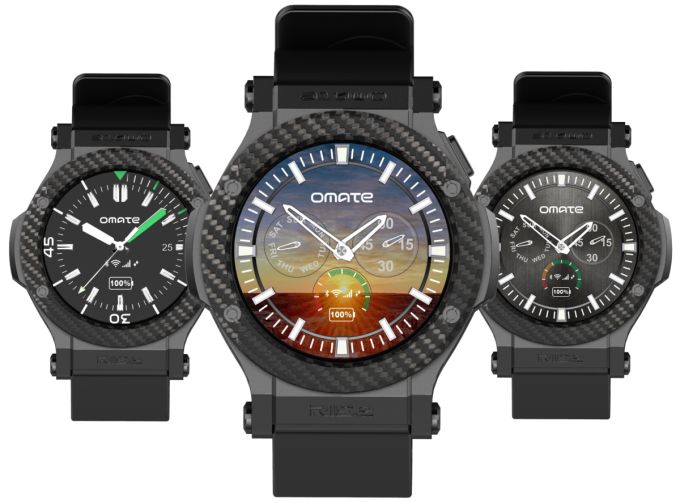 The Omate Rise will eventually have a retail price of $349, but backers of the campaign may be able to score one for between $199 and $219.

Like other Omate devices, the Rise doesn’t run Android Wear. Instead it runs a customized version of Android 5.1 Lollipop, which means it’s basically a tiny smartphone that’s designed to be worn on your wrist. You can even sideload smartphone apps… just note that they might not be all that easy to use on such a small screen.

The Omate Rise features a MediaTek MT2601 ARM Cortex-A7 dual core processor, 512MB of RAM, 4GB of built-in storage, a 580 mAh battery, a speaker, microphone, motion sensors, and a water-resistant design with a polycarbonate case and carbon fiber bezel. The watch comes with a rubber wrist strap, but should support most 22mm straps.

The Indiegogo campaign is only scheduled to run for 48 hours: the team says the goal is just to raise $30 thousand to begin crafting the carbon fiber bezel.

Early adopters can also get a free Bluetooth heart rate monitor, which would normally be a $49 optional accessory.