The Omate Rise is a smartwatch with a round display, an Android-based operating system, and support for WiFi, Bluetooth, GPS, and 3G cellular data.

Omate ran a crowdfunding campaign for the watch last year and began shipping the Omate Rise earlier in 2016. Now the company has announced that the Omate Rise is getting a new feature: support for Amazon’s Alexa voice service, allowing you to get answers to questions, control music playback, order products, and perform other actions with your voice. 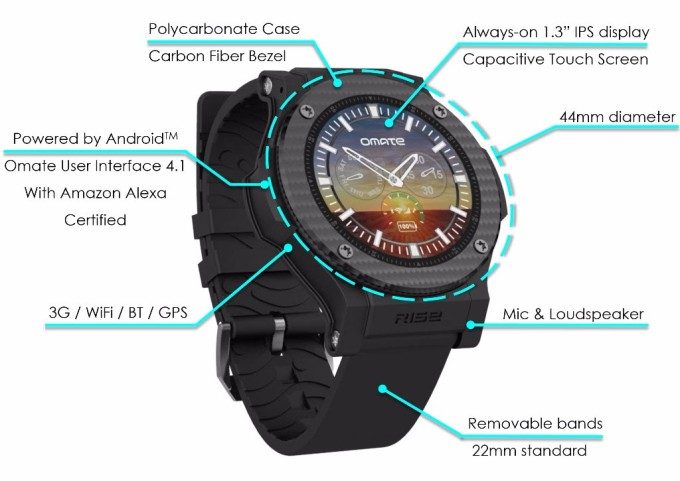 The software update is available for download, but it should begin rolling out over the air soon as well. Don’t already have an Omate Rise? The company is also launching a new Limited Edition model.

The new Omate Rise Limited Edition will be up for order from Indiegogo starting September 1st. The pre-order prices range from $199 to $249, depending on how quickly you get your order in, and the watch should ship in December.

Omate says the price goes up to $349 in January. 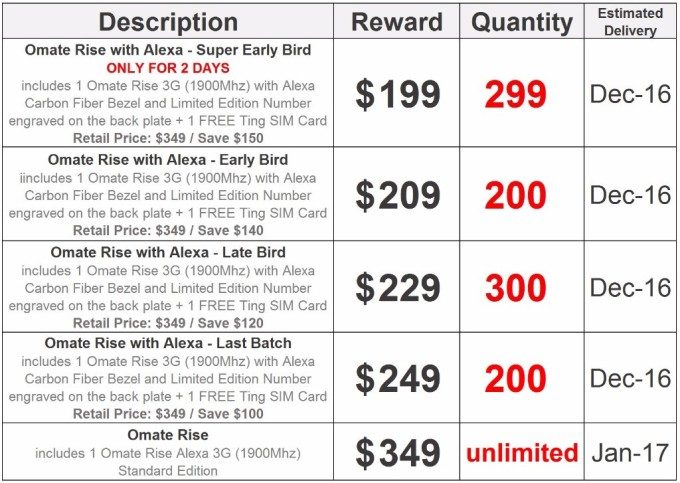 So what makes the new model “limited edition?” First, only 999 units will be available and each watch will have a number engraved on the back plate (from 1 to 999). Second, the watch will only be available for order for 2 days: from September 1st through the 3rd.

While the watch has an Android-based operating system, it doesn’t run Google’s Android Wear software, so it doesn’t support Google’s voice search functionality and it probably won’t work with the upcoming Google Assistant feature either. So the addition of Amazon Alexa could make the watch a little more attractive.

The Omate Rise isn’t the first smartwatch to support Amazon’s voice service. That would be the CoWatch, which has a slightly bigger screen, more memory and storage, but a smaller battery. But one thing the CoWatch doesn’t have? 3G support. That means you can only use Alexa when the watch is connected to the internet via WiFi.