After building a smartwatch with support for Amazon’s Alexa voice service, Omate is taking the next (il)logical step and building an Alexa-powered, voice-controlled robot.

It’s called the Yumi, and Omate will be running a crowdfunding campaign for the project starting November 15th.

During the campaign on Indiegogo you’ll be able to reserve a Yumi robot for a pledge of $349 or more, but the final retail price is expected to be $599 when the robot ships in the third quarter of 2017. 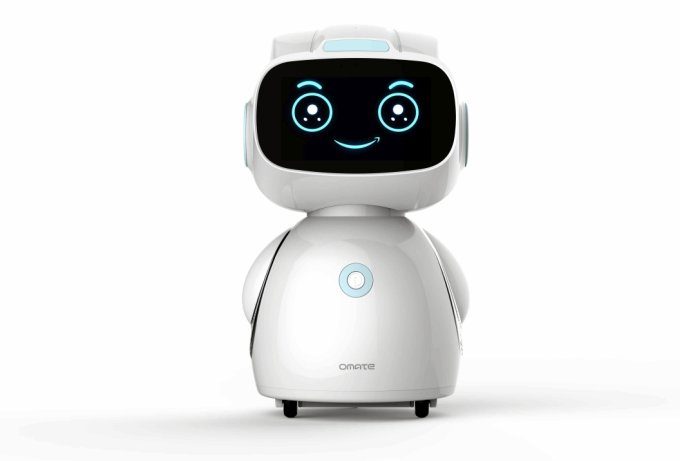 So what exactly is the Yumi? It’s a robot that measures a little less than a foot high, and which has three wheels on the bottom that allow it to turn to face you — but since it doesn’t have sensors to keep it from running into walls or falling down steps, you probably won’t want it to move too much.

It has a 5 inch, 1280 x 720 pixel touchscreen display that serves as its face (and which can display information), and the guts of an Android tablet, which makes sense, since it runs Android software. Omate says it’s a developer-friendly device, allowing anyone to create their own Android apps or Alexa skills for the robot.

Yumi is designed to respond to voice commands, answer questions, play music, or even act as a video conferencing system thanks to its mic, speakers, and display.

It also supports HDMI output or Google Cast functionality, allowing you to send music or video to a TV.

The robot features a quad-core ARM Cortex-A53 processor, 1GB of RAM, 8GB of stroage, WiFi, Bluetooth, a micro USB port, and a 37.2 Wh battery. Yumi isn’t the first device in this category. Asus unveiled its own $599 voice-controlled robot called Zenbo earlier this year, and a slightly less mobile device called Jibo raised $3.7 million dollars in a crowdfunding campaign in 2014… but has yet to ship.