The XO Tablet is an Android tablet from the folks behind the One Laptop per Child program. It’s designed for kids, has a semi-rugged removable case, and a custom suite of software with a focus on educational apps and games.

You can also run normal Android apps on the $149 tablet, but there are parental controls which let you restrict the apps your kids are using.

When the XO Tablet launched in the US in July it was available exclusively at Walmart. Now you can order one from Amazon

or Target as well. In fact, it’s out of stock at Walmart at the moment. 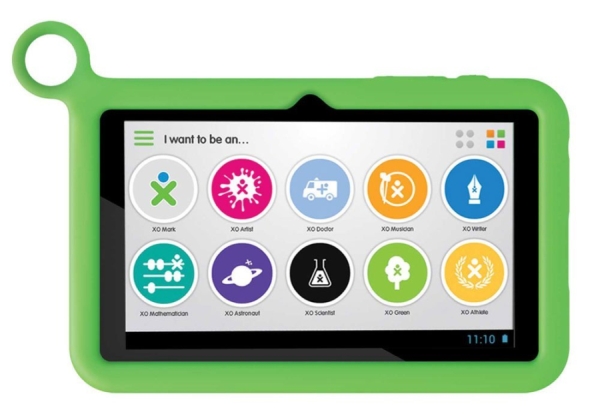 There was a time when the OLPC Foundation was out ahead of the pack in trying to provide low-cost computers to kids in developing nations. The XO Laptop line feature rugged cases, low-power processors, long battery life, and displays that are meant to be easy to read even in direct sunlight.

The XO Tablet, on the other hand, is basically a cheap Android tablet built by Vivitar with the XO name and some custom software slapped on. It doesn’t seem to bring much to the tablet that you couldn’t get with another kid-friendly tablet like one of Fuhu’s Nabi tablets.