The OLPC XO-4 is a notebook which converts into a tablet when you twist the screen. It has a rugged, dust-resistant case, a display that’s designed to be readable outdoors, and a low power processor. Like earlier XO laptops, the XO-4 is designed to be used by students in developing nations.

But the touchscreen is new.

The OLPC Foundation has been showing off the tablet for a little while, and plans to launch it this month. The XO-4 showed up at the FCC website this week, suggesting that it could be ready to go soon. 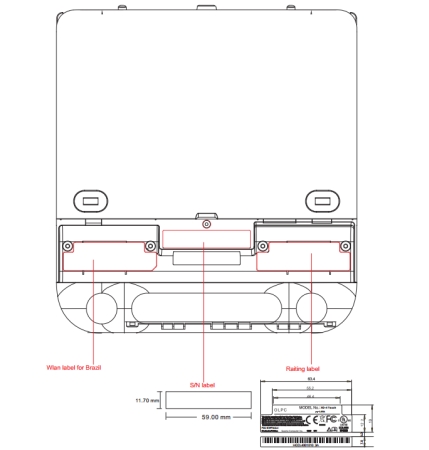 The FCC listing doesn’t provide many details that we didn’t already know other than the fact that the computer is manufactured by Taiwanese device maker Quanta.

It looks like we can expect support for 802.11n WiFi and Bluetooth. The XO-4 is also expected to feature a 1.2 GHz Marvell PXA2128 dual-core ARMv7  processor.

The laptop will run Fedora Linux with a custom user interface called Sugar and educational software.

Last year the foundation had planned to build a touch-only tablet called the XO 3.0, but plans for that device were scrapped and instead development of a slightly upgraded version of an existing design with faster wireless, a new processor, and a touchscreen were green-lighted instead.