Almost a year ago One Laptop Per Child started showing off a tablet designed to offer low-cost touchscreen computing to students around the world. The plan was to sell the XO-3 tablet for as little as $100 per unit.

Now it looks like that plan has been cancelled. 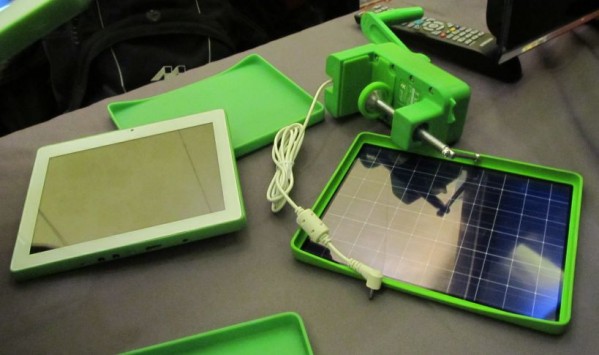 Network World reports that the XO-3 won’t ever see the light of day, but that some of the technology from the prototypes could show up in future products, both from the OLPC group and from other tablet makers.

OLPC is still working on an XO-4 device, which is basically a minor variation on the existing XO Laptops. Like earlier models it will have a rugged design, a low power display and processor, and a body that lets you rotate the screen and fold it down over the keys to hold in tablet mode.

But unlike earlier models, the XO-4 will have a touchscreen, so you can use it like a real tablet, not just an eReader. The XO-4 is expected to ship in 2013.

Meanwhile, the lost cost computing space is a very different place than it was when Nicholas Negroponte first started One Laptop Per Child. When he promised to deliver a $100 laptop (which was a little ambitious — the final price was closer to $200), there was no such thing. Today you can find dozens of inexpensive netbooks and tablets which sell for that price or lower.

Not all of them are optimized for use in developing nations where access to electricity may be spotty, and where outdoor readable screens and dust-resistant keyboard are key advantages. So it’s good to see OLPC still kicking around new ideas… even if they aren’t all as ambitious as they once were. But you can make the case that without the original OLPC, netbooks would have never hit the streets… and the average price of a mobile computer would be much higher than it is today.