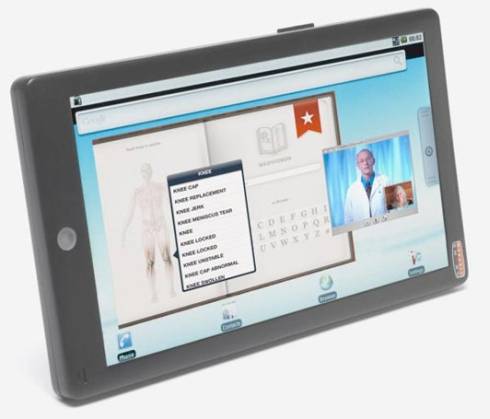 The folks at One Laptop Per Child have been promising to offer a $100 tablet for the past few years, and now founder Nicholas Negroponte says it could be available early next year. Of course, cheap tablets are nothing new. We’ve seen dozens, if not hundreds, of inexpensive Android tablets come out of China in the past year or two. But the OLPC XO-3 could have a couple of unique features.

Speaking to Computer World, Negroponte says the tablet will have a camera, USB port, and headphone jack and an ARM-based processor. It will run Google Android or a different Linux-based operating system. And it will likely include some sort of sunlight readable display from Pixel Qi — a company founded by former OLPC designer Mary Lou Jepsen.

The group may also offer a special rubber cover for the tablet which could integrate a solar panel for charging the tablet, a satellite internet modem, or support for an external keyboard.

All of those features could be useful in developing nations where access to power or reliable internet connections can be hard to come by. But solar panels and satellite modems don’t come cheap. I doubt these features will come standard, and at best they’ll likely be expensive add-ons for government or education customers that request them.

But honestly, even if the XO-3 doesn’t actually ship with these features… or ship at all (it has already missed previous ship dates), it’s possible that just talking about the new low cost tablet could have an impact on the low cost computing landscape.

The original OLPC XO Laptop changed the way we think about notebook computers. Negroponte initially promised a $100 laptop for educational purposes. The price never quite dropped that low, but it did get people thinking about the possibility of low cost ultraportable notebooks and not long after the XO first launched, Asus introduced the first Eee PC netbook for consumers. HP, Acer, and other companies soon followed suit, and Intel introduced a Classmate PC reference design for institutions that liked the idea of an OLPC but wanted something that could run Windows.

At this point there are far more Classmate PC netbooks in the wild than OLPC XO Laptop units. But Negroponte succeeded in changing the face of affordable computing. Perhaps he can do the same in the tablet space simply by proposing the idea of a $100 device with solar charging, internet access even in the remotest locations, and an open source operating system.