Microsoft’s Zune music player never caught on the way Apple’s iPod devices did. But the company actually made some pretty compelling portable media players, and it turns out some folks are still using them.

Motherboard’s Jordan Pearson spoke with some Zune diehards earlier this year and discovered that some are hanging onto tech that others consider obsolete particularly because a Zune does a lot less than a modern smartphone. A Zune is good for listening to music and not much else. It doesn’t send data back to Microsoft. And more than a decade after the first Zune was launched, some folks still prefer the user interface to anything that’s come since.

I’m pretty sure the Zune isn’t an isolated example of an old device that still has a loyal following. So that got me thinking… I wonder what other old tech people are using? 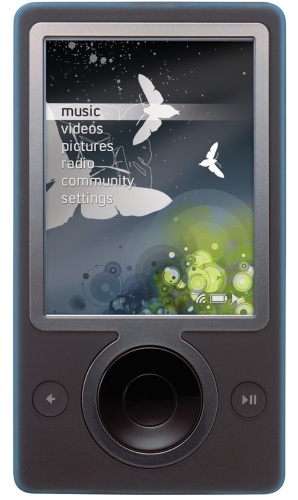 For example, Game of Thrones author George R.R. Martin is famous for writing with a DOS-based word processor that he says has all the features he needs and few that he doesn’t.

So what’s your Zune? Is there some piece of old tech that you’ve been hanging onto for years? What’s so special about it? And if it were to die, would you upgrade or search eBay for a replacement?

81 replies on “What old tech are you hanging on to?”