On of the hallmark features of the Google Nexus 5 is a new home screen and app launcher which features tight integration with Google Search and Google Now. You don’t have to press a button to start a search or open an app, just say “OK Google” and then tell your phone what you want it to do.

But it turns out “OK Google” isn’t the only thing you can say. 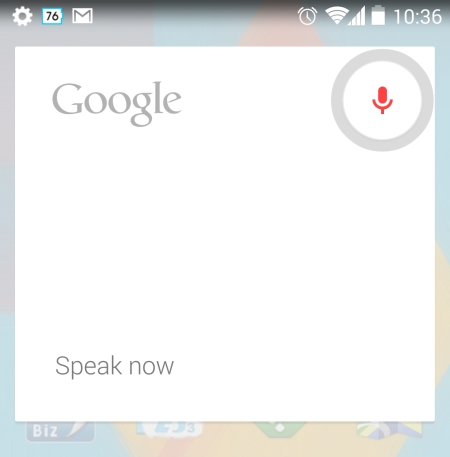 It turns out you can say a lot of things that sound like “OK Google” and they’ll work… but you can also say at lest a few phrases that sound nothing like it.

For instance, “OK Jarvis,” and “OK Computer” both launch a voice search. So does “OK Goggle,” but I suspect that might just be Google covering its bases by supporting a wide range of pronunciations.

One of my favorites? “Okie Diddly Okie Google.” You can also just say “Okie Dokie Google.” Sure, it takes long enough to say those that you could probably save time by just tapping the button, but they’re fun to say.

Some folks have had success with “Go, Go Google,” but I find that phrase can be a bit hit or miss, whereas “Hey Google,” “Oh Toodles,” and “OK Poodle” almost always work. Some folks have found a few NSFW phrases that work as well.

Update: I wish I knew this when I shot the video, but “Go Time Google” works, which means you can start voice search by saying “It’s Go Time Google.”