After raising over a million dollars during a crowdfunding campaign, the makers of the Panono throwable camera began shipping their oddball device in 2014.

Now, five years later, the company has started charging users about 88 cents for every photo.

Unsurprisingly, the move is catching customers off-guard… although I can’t help but wonder if it was an inevitability. 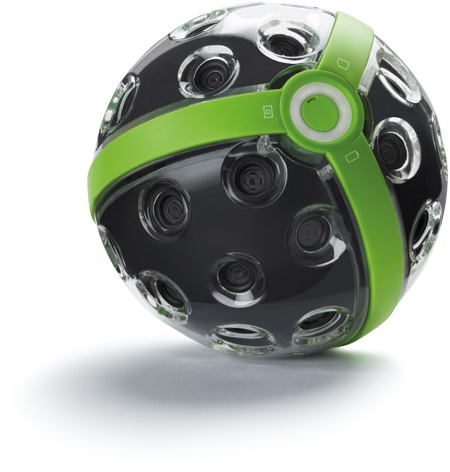 Here’s the deal — the camera is actually a series of cameras placed on the outside of a sphere. Toss it in the air and it will capture 360 degree panoramic views… but in order to stitch together the data from each camera, Panono uploads your images to a cloud server for processing.

When Panano was just getting started, the company promised the photo-stitching service would be free for customers, whether they paid about $600 during the crowdfunding campaign or the full retail price (which is currently about $2400).

But it turns out that offering cloud services for free forever isn’t really a sustainable business model unless you can offset the costs somehow — and I suspect that despite generating some buzz around 2014, Panono’s hardware sales have cooled in recent years (did I mention that this thing sells for $2400?)

Flash forward to 2019, and users are starting to report that Panono is sending them emails to let them know that starting in September, Panono will charge 0.79 euros (about 88 cents) for every 108MP image that’s stitched together using the company’s servers to help offset the costs of keeping the servers online.

Share this so others don’t make my mistake! Camera company @panono now charging for a key service that was free & helped my decision to purchase the £1700 camera. I feel disgusted. Lesson learnt, NEVER invest on a @KickStarter. Full article coming soon! #panono #photography pic.twitter.com/W2pCJgJR29

I mean, I suppose if this is the alternative to turning your camera into a brick, it may be better than nothing. But charging close to a buck per photo does seem a bit excessive — I wonder if part of the idea is to generate revenue and another part is to discourage people from actually using their Panono cameras in the first place.

Anyway, this is one of the perils of relying on cloud computing for something that is traditionally performed locally — you run the risk that one day the cloud will raise its prices (or disappear altogether).

6 replies on “Oh no no, Panono (crowdfunded throwable camera starts charging for every photo)”