The GPD Pocket line of pocket-sized, laptop-like computers ship with Windows 10, but folks have been figuring out how to run GNU/Linux on them since day one.

Last year the developers behind Ubuntu MATE made things a little easier by offering official versions of the operating system optimized for the GPD Pocket and GPD Pocket 2.

Now they’ve released updated images, which means you can install Ubuntu MATE 18.04.2 or Ubuntu MATE 19.04 beta on one of these handheld computers. 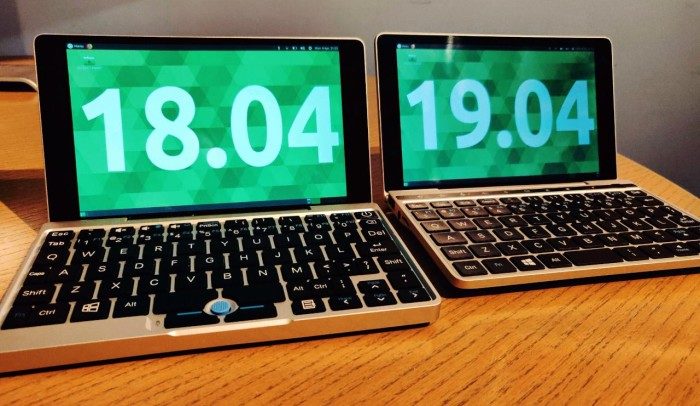 Ubuntu MATE is a flavor of Ubuntu Linux with the MATE desktop environment — and the GPD Pocket specific version includes a number of tweaks for better out-of-the-box support on GPD’s tiny computers.

For example, the display orientation is set to landscape mode, display scaling is set to the equivalent of a 7 inch, 1280 x 800 pixel screen (but you can disable this if you’d prefer to see a 1920 x 1200 pixel display), firmware for the WiFi module and fan control.

In addition to bringing support for the latest versions of Ubuntu Linux, the new images also include updates affecting display rotation, touch screen, and GRUB.

The developers have also added support for a virtual mouse scroll wheel. If you hold the right trackpad button while scrolling on the trackpoint, it will work like a scroll wheel.

Ubuntu 19.04 is schedule for launch on April 18th, but if you install the Ubuntu MATE 19.04 beta image before then you should be able to update to the stable release when it’s available.