The Raspberry Pi Foundation has released an official case for its tiny, inexpensive, low-power computers. You can pick one up from the Raspberry Pi store or retail partners for about £6 in the UK, which is less than $10 US.

While that’s pretty cheap for a PC case, it’s also nearly a third the price of the computer itself, since it’s designed to house a Raspberry Pi Model B+ or Raspberry Pi 2 Model B, both of which sell for about $35 or less. 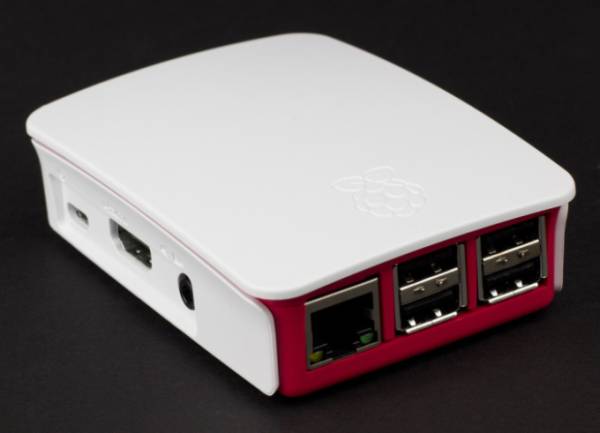 The Raspberry Pi is a single-board computer with a low-power ARM-based processor, memory, USB and HDMI ports, an Ethernet jack, and a 40-pin connector on the board itself.

Since first launching in 2012, Raspberry Pi devices have shipped as single-board PCs without any case. That helps the foundation keep the costs of the computer low, while providing users with easy access to all of the board’s hardware for tinkering purposes.

It’s also led users to create some nifty DIY cases or to use the Raspberry Pi to build their own laptops, robots, or other devices. There are also many third-party cases available for purchase if you don’t want to build your own.

The launch of an official case probably won’t change any of those things. But if you like the idea of enclosing your little computer with a case built by the same folks that designed the PC itself, now you can do that.

The case itself is easy designed to be easy to assemble: there are 5 pieces that you can snap together without any tools. You can also remove the lid or sides for easy access to the board. And with the lid off you can even attach Raspberry Pi HAT peripherals.